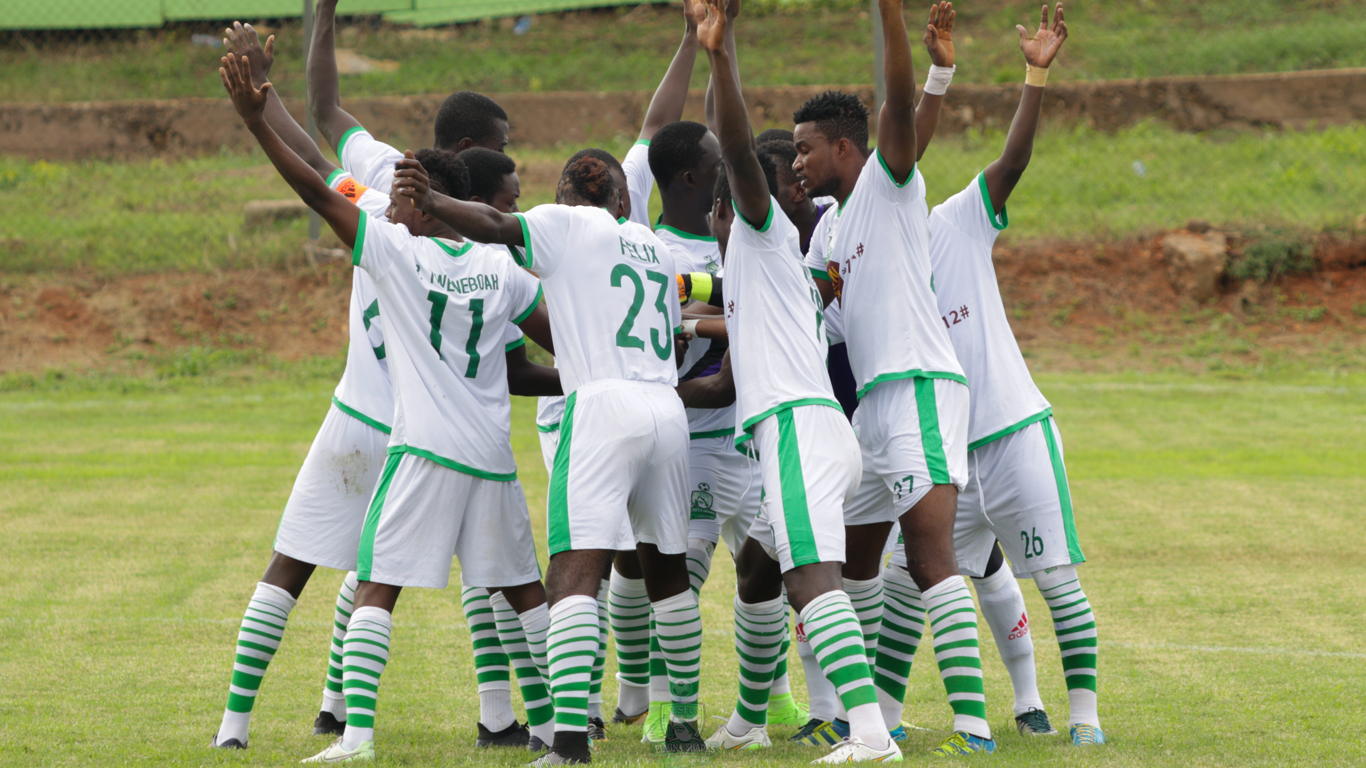 Elmina Sharks coach Yaw Acheampong has expressed his satisfaction with his side’s 1-1 draw with Wa All Stars on Match Day 5 of the Ghana Premier League on Saturday.The Sharks were aiming to pick their first away points of the season when they travelled to the Obuasi Len Clay Sports Stadium to engage former Ghana Premier League champions, Wa All Stars.

However, they were pegged back on the stroke of half-time courtesy David Abagna Saadan’s superb strike.   The Elmina-based side rescued a point in the match via Samuel Arthur’s second half powerful header, but their protest to be awarded a late penalty was waved off by referee Samuel Mordey.   Speaking to reporters after the match, Coach Yaw Acheampong insisted that he is delighted with his side’s display, though he lamented on referee Mordey’s performance.   “I think both teams demonstrated that the Ghana league is moving in the right direction. What I saw today was very encouraging,” Acheampong said.   “The boys are in good shape and we believe we could have taken the three points but for the referee it didn’t happen. He should have awarded us a penalty but I’m happy with the result.”   Sharks will welcome Inter Allies to the Ndoum Stadium in Week 6 of the league on Wednesday, April 11, 2018.

Elmina Sharks hold Wa All Stars to a 1-1 draw in Obuasi.