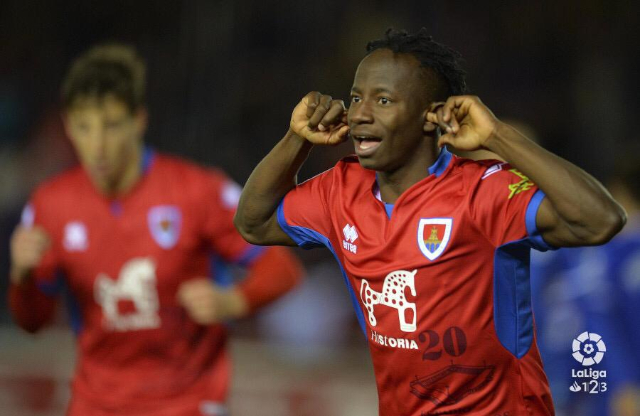 Ghana’s U23 Captain, Yaw Yeboah was on target for Spanish side Celta Vigo B in their Segunda B game on Wednesday night as they beat Melila 4-2.

Yeboah was the orchestrator of two goals in the six goal thriller by assisting the first goal and scoring Celta's second on the day.

The nimble footed player took it upon himself in the 25th minute to score a stunning solo goal taking the lead to 2 goals.

The goal was very similar to the one he scored against Algeria that aided Ghana a qualification for the Total U23 AFCON in Egypt.

The former Manchester City player is yet to feature for Celta Vigo's team as a result of late work permit approval by the Spanish authorities.

The 22 year old joined the LaLiga team from LaLiga 2 side CD Numancia on a season long loan.

Yeboah moved to Spain in 2017, where he played on loan at Real Oviedo from English giants Manchester City.