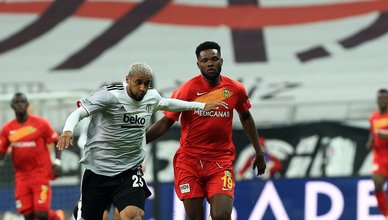 Turkish Superlig side Yeni Malatyaspor have turned their attention to alternative after difficulties in signing Ghanaian striker Benjamin Tetteh permanently.

Tetteh played on loan at Malatyaspor last season from Czech Republic giants Sparta Prague where he put up impressive performances.

The former Ghana U20 striker made 33 appearances having scored 6 goals and provided 6 assists in the process.

The Malatya club wanted to pay 3 million Euros to the Czech side to land the 23-year-old on a permanent basis.

Sparta are now reluctant to sell Tetteh to the Turkish side allowing them to find alternative.

Malatyaspor are now set to sign Senegalese forward Famara Diedhiou who is currently a free agent after leaving English side Bristol City.

Diedhiou is presently in Istanbul and is in negotiations with Malatyaspor who want to seal the deal before the end of the week.