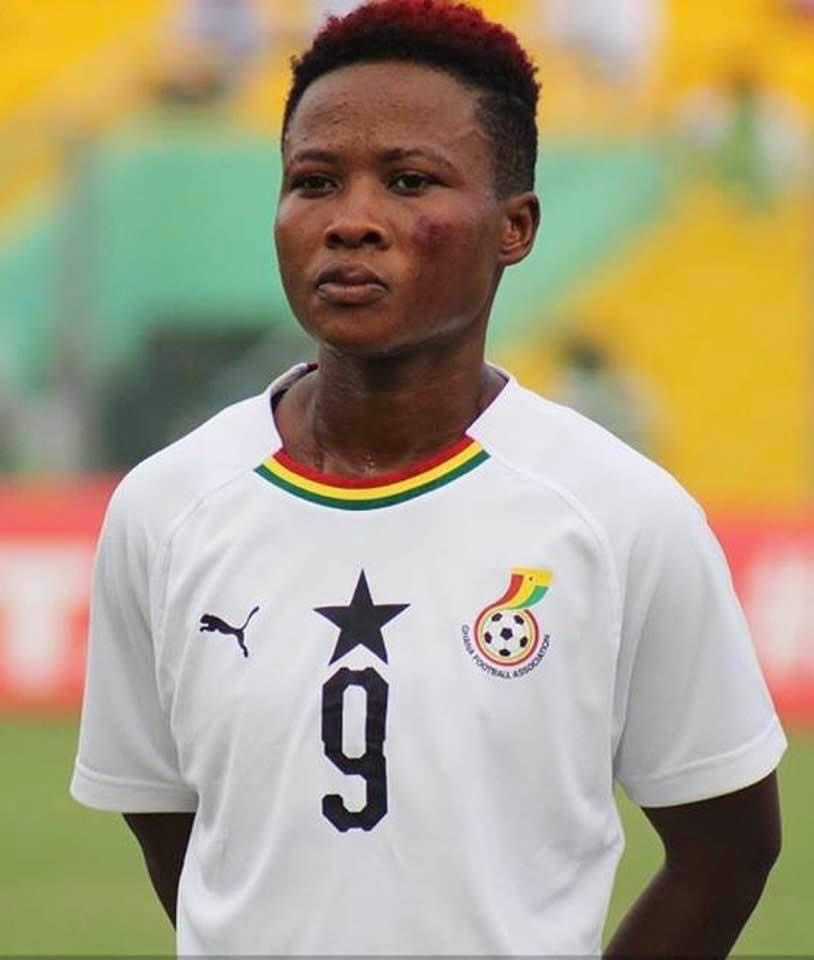 Black Queens forward Samira Suleman has reacted to the team’s shambolic defeat to the Bayana Bayana of South Africa.

South Africa’s Banyana Banyana on Friday humiliated Black Queens of Ghana as they beat the West Africans 3-0 in the Match Day 3 of the 6-Nation Invitational Tournament holding at the refurbished Mobolaji Johnson Arena, Onikan in Lagos state.

Goals from Hildah Magaia in the 18′  minute and two in the second half scored by star player, Thembi Kgatlana 53′, and Sibulele Holweni 84′ ensure the Bayana Bayana secured their first win.

Samira Suleman who was not invited for the tournament in a post on his social media pages  after the defeat wrote: “You reap what you sow” 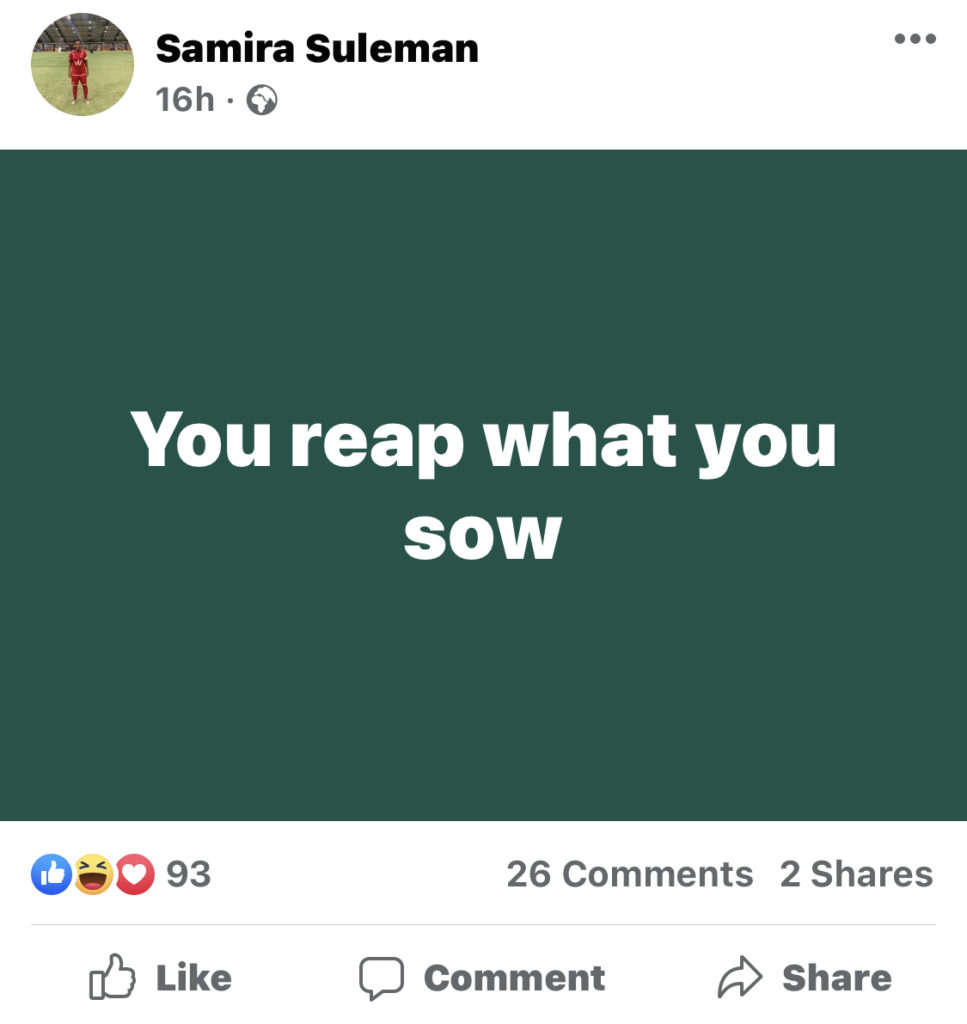 Her message is a response to the poor preparations the team had before the tournament.

The Black Queens play their next game against Cameroon in the Aisha Buhari Cup.