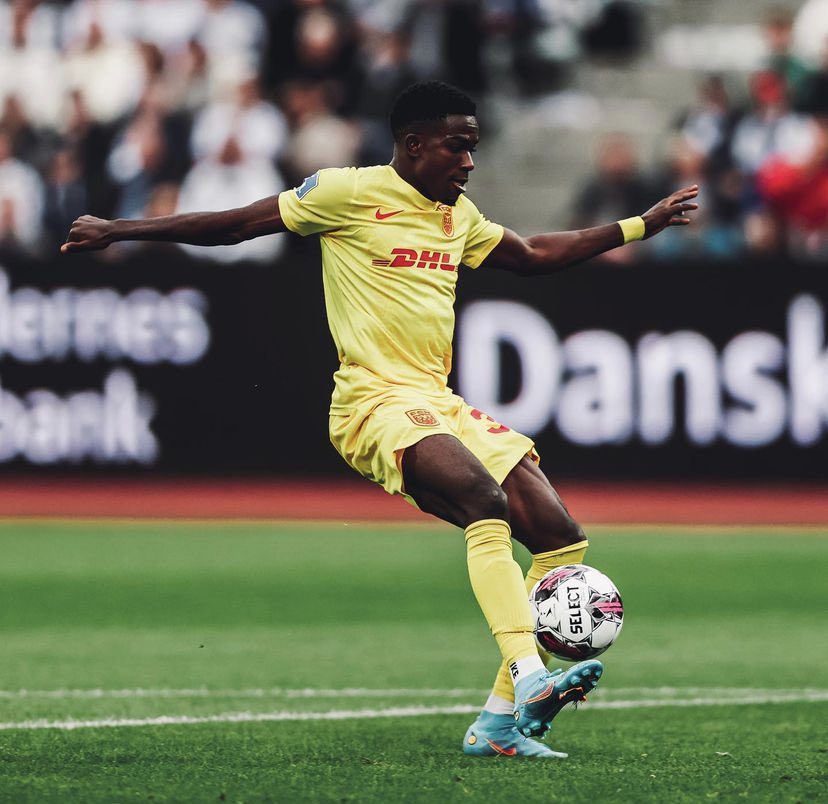 Ghanaian winger Ernest Nuamah was on target on Sunday after as Nordsjaelland were held to a 1-1 draw by Midtjylland at home.

The young forward scored in the 15th minute to continue his impressive form in front of goal for the Danish side.

His goal gave Nordsjaelland a deserved lead at the Right to Dream Park, but Midtjylland forced a late equalizer.

Nuamah has four goals and two assists in nine starts this season.

Despite being a winger, the Ghanaian has been used as a striker several times this season and has not disappointed.

In September of last year, Nuamah signed a long-term contract with the Yellow and Red lads.