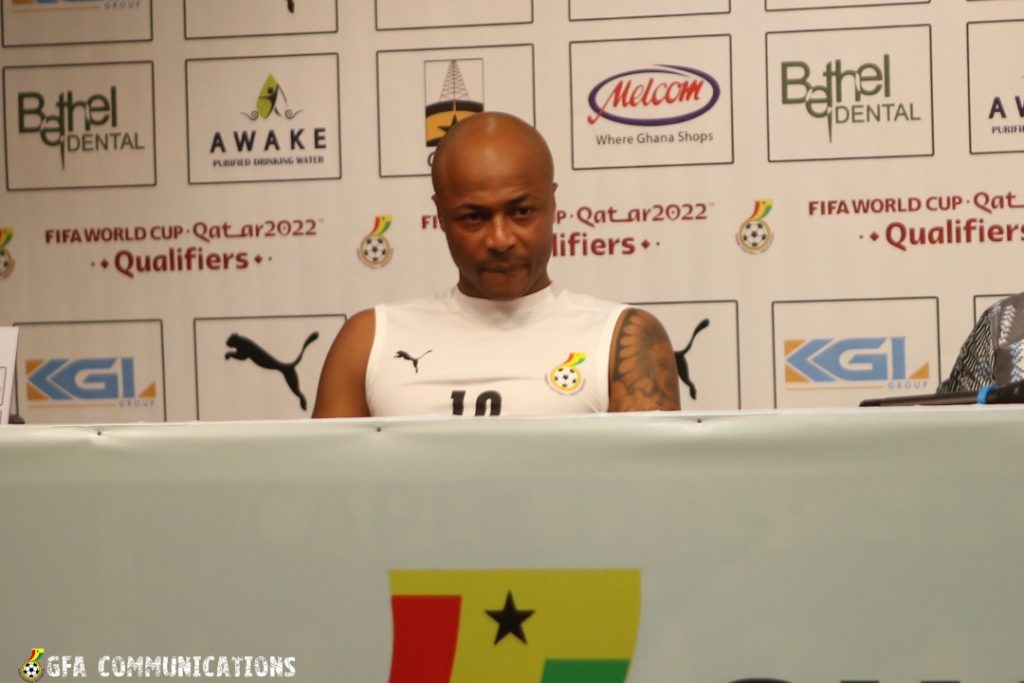 Black Stars captain Andre Ayew says young players in the national team will be given the opportunity under Coach Milovan Rajevac if they are ready to work hard.

The Al Sadd forward indicated he improved a lot under the Serbian coach during his first stint as Black Stars coach.

Ayew played under Milovan during the 2010 AFCON in Angola and at the FIFA World Cup in South Africa the same year.

Speaking ahead of the Ghana’s 2022 World Cup qualifier against Zimbabwe on his experience around young talents and being with them he said,

“Coach was here years ago and I learnt a lot from him that took me to another level so I believe that these young boys, if they do what they have then do and does it right, they will have the opportunity to show the whole world what they can do.

“So I will just encourage them to work hard and help us win. We are all her to win, young, old, small. The coach has a thing to spot the young talents and give them the opportunity to play”, he added.

The Black Stars sit in second place with three points while the Warriors languish at the bottom of Group G with one point. The two teams will lock horns at the Cape Coast stadium in a match day three encounter on Saturday, October 9, 2021.