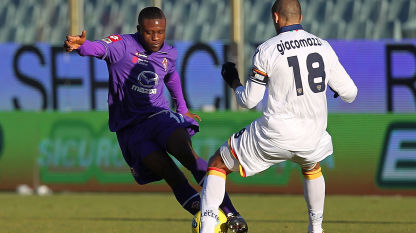 Fiorentina have reached an agreement with Catania for the transfer of Ghana youth star Amidu Salifu, the club announced on Wednesday night.Â

The 19-year-old has joined the club on a seasonâ€™s long loan, with the option to make it permanent at the end of the season.

â€œThe club announces that it has acquired Ghanaian footballer Amidu Salifu for next season,â€ the club confirmed on their official website

â€œThe transfer takes place on a temporary basis, with an option to make it permanent at the end of the season,"

Salifu was included as a â€˜sweetenerâ€™ so the Elefantini would release new Viola coach Vincenzo Montella.

The Ghanaian played some few matches for Fiorentina in the Italian top-flight last term.