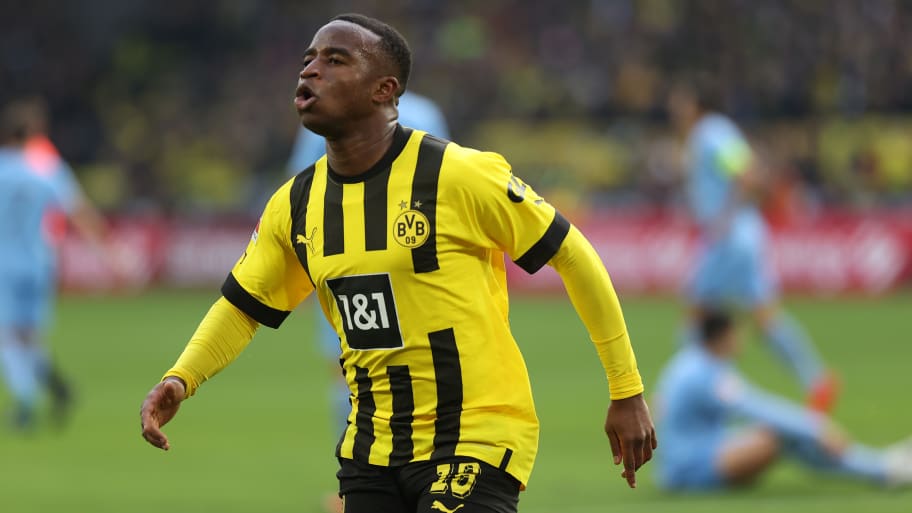 The 17-year-old is perhaps the most in-demand prospect in world football right now, having exploded on to the scene a few years ago and continued his meteoric rise with six goals and four assists in 12 Bundesliga appearances this season - just six of which were starts.

With his contract up in the summer of 2023, Moukoko is free to discuss a free transfer overseas as early as January and there is no shortage of interest in the teenager. Reports across Europe have named the likes of Liverpool, Manchester City, Real Madrid and Barcelona as his likeliest landing spots.

However, whether they will get the chance to recruit Moukoko on a free remains to be seen as the teenager has suggested he is in no rush to walk away from Dortmund.

"I've been here for seven years," he told Sport1. "I have Edin [Terzic]'s trust and know the environment very well.

"I really feel at home here."

Reports in Germany have suggested that Moukoko is waiting until he turns 18 on November 20 to sign a new contract as, when viewed as an adult under German labour laws, he will have greater access to his wages.

This article was originally published on 90min as Youssoufa Moukoko offers update on future as Borussia Dortmund contract winds down.