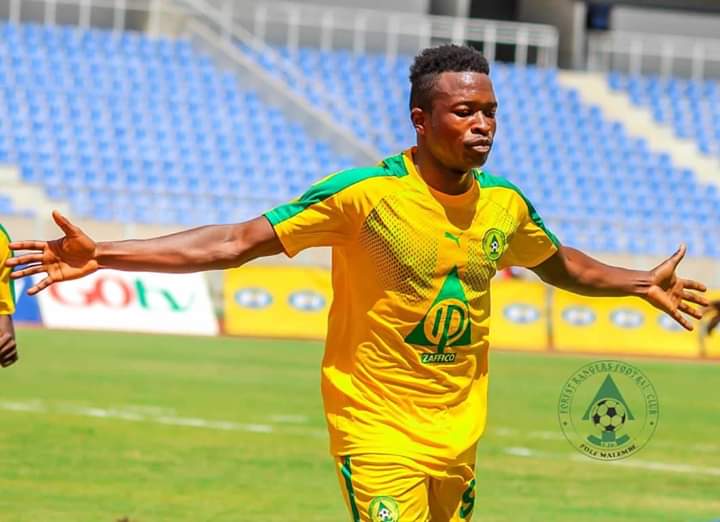 Ghanaian stirker Zikiru Adams has returned to action for Zambian side Forest Rangers more determined to make a bigger impact after after recovering from injury.

The injury that kept him out of action for more than four weeks threatned his career but he has returned stronger by hitting his fifth goal of the season.

By his fifth appearance of the season the marksman had scored five goals making him one of the top strikers in the top-flight of the southern African country.

Adams scored and added to his goals tally after returning  after being sidelined which shows that he has determined to carry on from where he left off.

The inform striker dribbled past the Kansanshi Dynamos FC keeper after taking advantage of a an error from a defender to give his side the victory and also Man-of-the-Match award.

With his return to fitness, Adams is hoping to play more in Zambia to attract bigger foreign intertest to help him draw the attention of Ghana national team handlers to his talent.