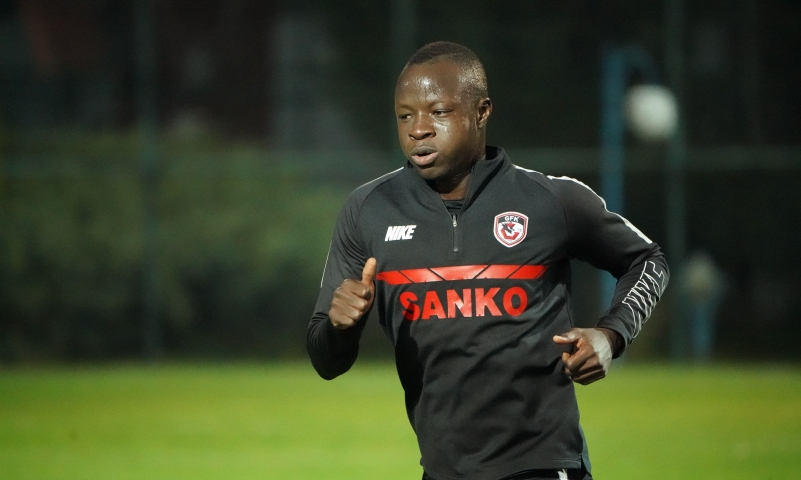 Yusif Raman Chibsah has revealed that he constantly dreams of an immediate or future return to his boyhood club US Sassuolo of the Italian Serie A.

Admitting that he is ‘very happy’ with Gaziantep Futbol Kulübü’ where he has been a key player, the combative midfielder expressed his readiness and willingness to return to Sassuolo ‘anytime, sooner or later and in any playing capacity’ in an interview.

Chibsah, 27, was very emphatic in asserting that ‘‘playing in Turkey is very special and I feel the fantastic atmosphere and appreciate opportunities at Gaziantep but, I cannot rule out a move if Sassuolo expresses interest in me. I just can’t resist Sassuolo.’’

Known for his fine touches, passing, agility and work rate, the former Juventus and Parma midfielder is going into the second of a three-year contract at Gaziantep.

He was quick to dispel any notion that he is plotting a move out of Gaziantep, insisting the club will always have the first say if other clubs show interest in him, vowing never to force a move.

Chibsah’s ambition to return to Sassuolo is also explained by the fact he owns a house in the city, with his wife and children living there.

However, the midfielder explained that ‘‘I have underlining deep love for Sassuolo for two reasons: the club gave opportunity to develop into the player I am today, and my playing style is in uniform with the club’s own.’’

His career breakthrough came in Sassuolo where he spent three successful seasons at the Città del Tricolore between 2012 and 2015.

It is understood Gaziantep will convince Chibsah to extend his stay at the club, having featured in 22 of 28 Türkiye Süper Liga fixtures so far, a season into his big-money move from Frosinone Calcio.

Chibsah has been touted as a possible Black Stars call-up after his impressive debut in Turkey.