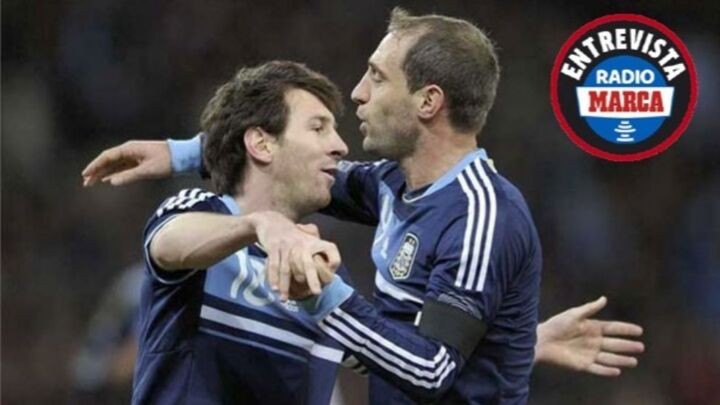 Pablo Zabaleta shared a dressing room with Lionel Messi for Argentina, and he has endorsed a possible move that could see his compatriot leave Barcelona and join Manchester City.

Messi's deal at the Camp Nou comes to an end next summer and he is free to negotiate a pre-contract agreement with clubs from January 1.

"I know that Messi must not be enjoying this situation right now," Zabaleta told Radio MARCA.

"He must just be thinking about what is best for the future and getting the club back on track to win trophies. I don't know the plans for City and Messi's idea.

"The best thing for him is to focus on the current situation. If he has to change clubs, I would be very happy if City were chosen."

The former Espanyol and Manchester City right-back has made clear that, in spite of the rumours surrounding his future, Messi is his happiest out on the pitch.

"There was always a link between Barcelona and Leo that we never imagined could be stretched to this point," Zabaleta explained.

"Everything seems to be uncertain because of his future, and at an institutional level Barcelona are in a complicated situation.

"There are several things that mean that Leo is not going through a moment of happiness. Where he is happy is [on the] pitch.

"Messi is a winner and a competitor; he wants the best for Barcelona. I wish him all the happiness he can find [and] we'll see if he can find it at Barcelona."

Zabaleta came up against current Real Madrid winger Eden Hazard when the Belgian was playing for Chelsea, with the Argentine recognising just how tough it was.

"With Hazard I always had one of my best duels," he stated.

"I'm a full-back and I know that I have to go up against the best; it was very difficult. He said in an interview that I was one of the most difficult players [he faced] and that comforts me."

Manchester City have not got off to the best start this season, yet the right-back hopes they turn things around soon.

"I know the intensity with which Guardiola experiences the games and I understand that it has not been the best start for City this season," Zabaleta recognised.

"Hopefully they will recover the good feelings and get into the fight soon."