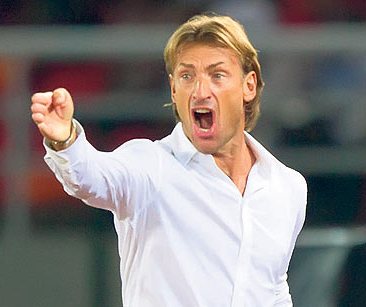 Coach Herve Renard has threatened to quit Zambia over unpaid salaries just days before taking on Ghana in the 2014 World Cup qualifiers.

The Frenchman snubbed several lucrative offers after leading the Chipolopolo to their first Nations Cup glory in Gabon and Equatorial Guinea earlier this year.

The 43-year-old now appears ready to walk if his outstanding six monthsâ€™ salary is not settled by the end of the month.

â€œI have not been paid for six months. After the Africa Cup, I took the decision to remain with the group, despite other big offers. I planned to go to the World Cup. Thatâ€™s life, Iâ€™ve learnt my lesson,â€ Renard told French sports daily l'Equipe.

â€œThere is an incredible lack of respect and consideration. Enough is enough. If nothing is settled before the end of June, I am leaving.â€

The latest revelation does very little for Zambia are just under 48 hours from hosting Ghana in a crucial 2014 World Cup Group D qualifier in Ndola.

It is a game the African Champions need to win following their opening day defeat to Sudan last week.