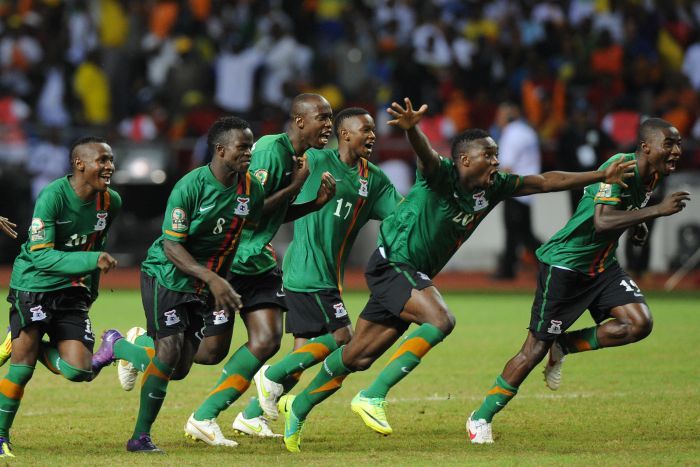 Zambia coach Herve Renard has bragged that he will quit the Chipolopolo if he fails to qualify the country to the 2014 World Cup at the expense of Ghana.

The Frenchman, an ex-physical trainer for the Black Stars, is heaping the pressure on the Black Stars by claiming that they willÂ to qualify for the World showpiece in Brazil.

Zambia beat Ghana 1-0 in the semi-final of the 2012 Africa Cup of Nations in Gabon and Equatorial Guinea and eventually won the title for the first.

The two sides will clash against in the 2014 World Cup qualifiers but Renard has brushed aside the potential of the Black Stars by insisting Zambia will qualify.

Renard, 43, has raised the expectations of their fans by preaching qualification credentials.

"My contract with Zambia runs till 2014 but I think Iâ€™d leave at the end of 2013 if we fail to qualify for the 2014 World Cup taking place in Brazil," Renard told French magazine Le Dauphine.

The Chipolopolo will play Ghana at home on June 8 in a repeat of the 2012 Nations Cup semi-final clash but before that travel to Sudan.

Zambia will also play Lesotho in Group D of the second phase of the African qualifiers.

The ten Group winners after the qualifiers in September 2013 will be paired into five home-and-away series to determine the continentâ€™s finalists for Brazil.

The Black Stars have vowed to avenge the Nations Cup defeat when the World Cup qualifiers resume in June.

What do you make of the talk by the coach of Zambia?

Do you think Ghana has what it takes to beat the Zambians?