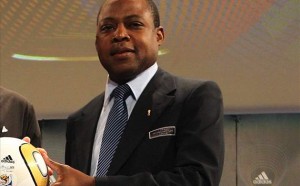 Zambia are planning a backdoor advantage to move above Ghana in the World Cup qualifying group with a protest against Sudan for fielding an unqualified player.

The Chipolopolo are planning to protest against Sudan midfielder Saif Eldin Ali Masawi who was in action when they played against the Zambians two weeks ago.

But GHANAsoccernet.com can authoritatively confirm that the sneaky protest by the Chipolopolo will not hold because the protest was not filed within 72 hours of the match as FIFA regulations state.

Sudan won the game against Zambia 2-0 in Khartoum two weeks ago which helped them to move to the top of Group with four points after drawing with Lesotho over the weekend.

But the Zambians are planning to protest against Masawi who scored against them in the game in Khartoum as he was not qualified to play in the match.

That is because he received in red card at the 2012 Africa Cup of Nations which was Sudan's last official game before the World Cup qualifiers.

Match returns filed after that Africa Cup quarter-final match that are available on CAFâ€™s official site confirm Masawi was expelled for a second bookable offence.

This means the Sudanese player shouldn't have qualified to play in the game but the lazy Zambia FA officials could not spot the mistake until yesterday when a Sudanese newspaper pointed it out.

The Sudan Football Association withdrew Saif from the teamâ€™s subsequent second Group D match against Lesotho on June 10 in Maseru that finished scoreless.

A late protest by the Zambians would be too late for FIFA to consider but it show that the desperate Chipolopolo will try any trick on the book to qualify ahead of Ghana.

The Zambia FA will be meeting on Thursday to decide their next line of action.

Sudan currently lead Group D on four points, one more than second placed Ghana and third placed Chipolopolo while Lesotho are bottom on one point.