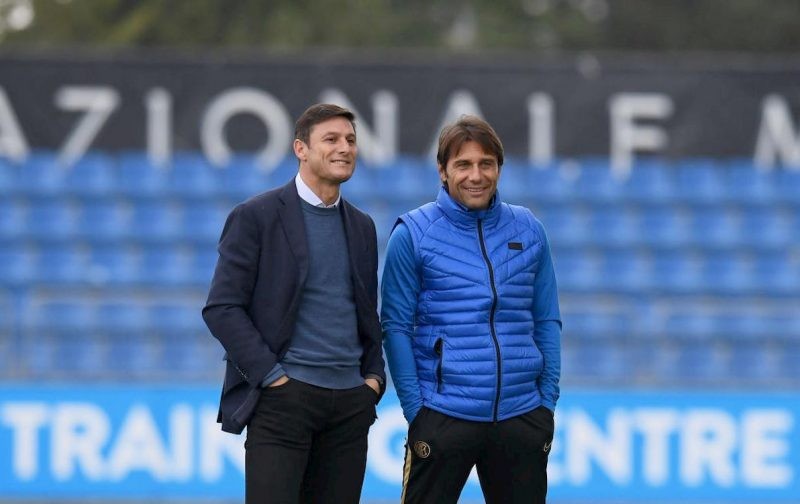 Inter vice-president Javier Zanetti believes that the culture created by coach Antonio Conte within the club is responsible for the team’s success during the 2019/20 season.

Although the Nerazzurri finished second in Serie A, only one point behind champions Juventus, Conte has expressed his dismay at an apparent lack of support from the club’s board on several occasions over the course of the season.

However, Zanetti ignored Conte’s frustrations as he chose to focus on the positives ahead of the Nerazzurri’s clash with Getafe in the Europa League on Wednesday evening.

“I have noticed since the first lunch with the coach, the work culture and the seriousness of the boys have allowed us to take this path,” Zanetti wrote in the Nerazzurri’s official match night programme.

“This is a team with a precise identity, which always tries to make the game.”

Zanetti also believes that the compact Serie A schedule after the prolonged coronavirus break has helped prepare the team for the final stages of the Europa League.

“We got used to playing every three days,” Zanetti added.

“The reason that gives you a European trophy is that you are prepared to overcome tiredness to win four games.”