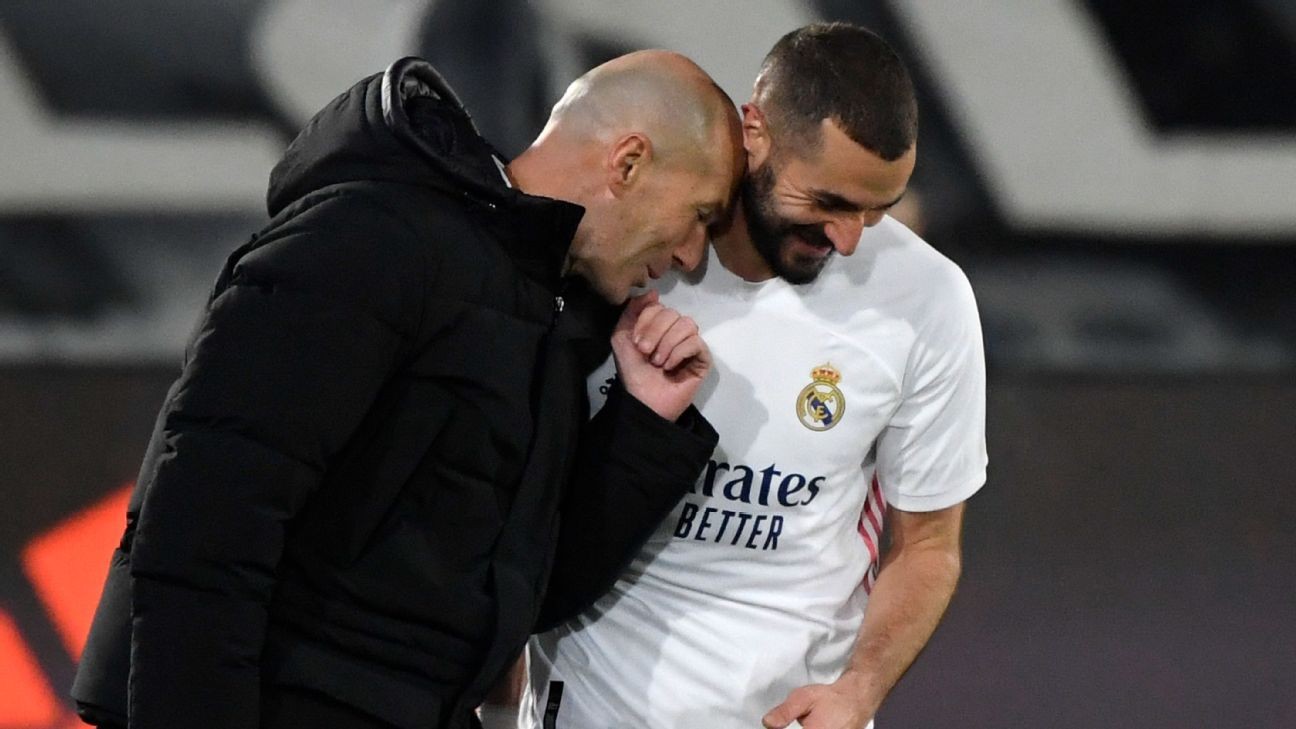 France legend Zinedine Zidane welcomed on Wednesday the possibility that his Real Madrid star Karim Benzema may return to the French national team.

French Football Federation (FFF) presidential candidate Michel Moulin recently said Benzema will have the door open to on a return to Les Bleus should he win the election on March 13.

A key player for Real Madrid, Benzema, 33, has not played for France since October 2015 after being suspended by the FFF due to his alleged involvement in the blackmail of France teammate Mathieu Valbuena.

Moulin made those comments prior to the announcement this week that Benzema is to stand trial on the charge of conspiracy to attempt blackmail. Versailles prosecutor's office accuse the Real Madrid forward of having pressured Valbuena in 2015 to pay blackmailers who threatened to reveal an intimate video in which Valbuena appeared. Benzema has denied any wrong doing.

Benzema has often spoken of his disappointment over being blocked from Les Bleus by national team coach Didier Deschamps. France won the 2018 World Cup in Russia with Benzema not included in the squad.

Zidane, meanwhile, did not confirm whether striker Luka Jovic will have a future at Real Madrid. The Serbia international is expected to re-join Eintracht Frankfurt on loan for the remainder of the season 15 months after signing for Madrid.

"Jovic is still here with us," Zidane said. "He is not with the team right now because he's injured.

"I haven't been notified of anything yet. We will see what happens. Luka used to score many goals and that is something we want from Luka. He is young.

"He hasn't had much luck because he's had some problems of adaptation and some injuries. At 21, it's not easy. He has to learn many things. He has quality and will always have that, I have no doubt about that."

Jovic scored 27 goals during the 2018-19 campaign for Eintracht but has failed to make an impact for Los Blancos. He has featured five times this season for Madrid, totalling 208 minutes on the pitch.