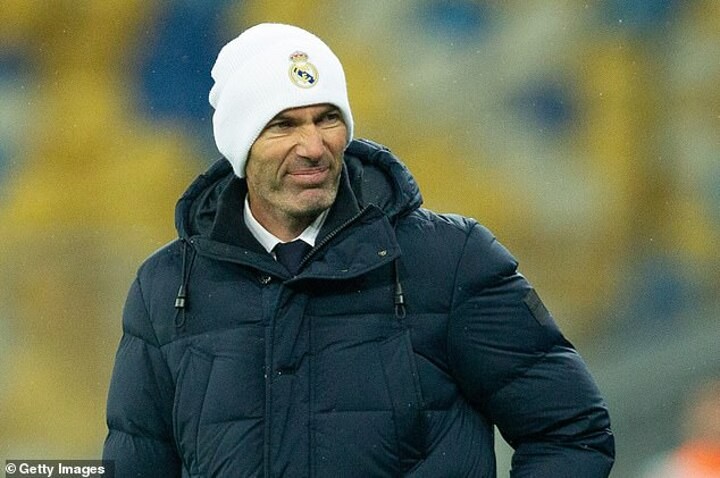 Real Madrid icon Iker Casillas has leapt to the defence of manager Zinedine Zidane as pressure mounts on the Frenchman.

Zidane faces a pivotal week in his second spell on the Real touchline with the club's essentially must-win Champions League group game at home to Borussia Monchengladbach on Wednesday sandwiched between two tough LaLiga games against Sevilla and local rivals Atletico Madrid.

A worst case scenario of defeats by Sevilla on Saturday, Borussia Monchengladbach on Wednesday and Atletico Madrid the following Saturday could leave Real Madrid out of Europe and 12 points off the pace having played a game more in LaLiga.

The Spanish giants have suffered back-to-back defeats, while they have only one of their last five fixtures.

Tuesday's nights 2-0 defeat at Shakhtar Donetsk was particularly damning with the club now on the brink of their first-ever Champions League group stage exit, having progressed from all 24 groups.

But despite their precarious position, Casillas has every faith in his former Real team-mate Zidane - who has also guided the club to an unprecedented three-straight Champions Leagues.

'We're starting to get going,' Casillas told Diario AS.

'Madrid depends on the Champions League, and La Liga is quite even at the moment. It's a very different year.

'Zizou is a magnificent coach. He's a good friend and will do everything possibility to lift Madrid as high up as possible. You cannot live in the past but he's earned the right for us to trust in him.'