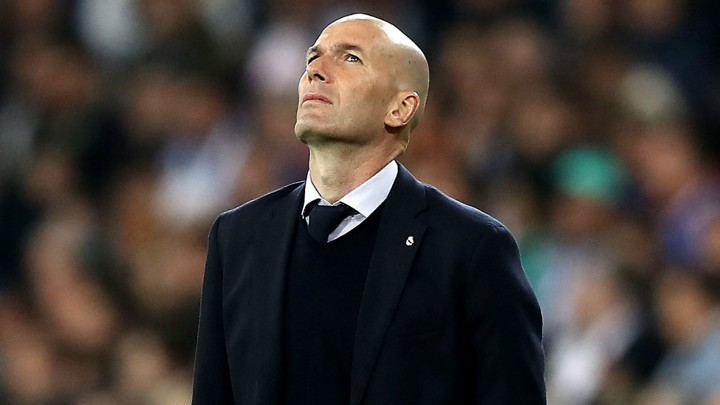 The manager dramatically decided to depart the club in 2018 after a third consecutive Champions League win, claiming a different voice was needed at the helm.

Real first turned to Spain boss Julen Lopetegui and then Santiago Solari, but both failed to impress at the Santiago Bernabeu with the club knocked out of the Champions League round of 16 by Ajax and consigned to a third-placed finish in La Liga last season.

Zidane was convinced to return in March 2019 but Los Blancos continue to struggle for consistency with the side losing the first-leg of their Champions League last-16 against Manchester City 2-1 and also sitting second in the league before the coronavirus pandemic suspended most football competitions around the world.

Mido is a big fan of Real but believes Zidane's return has been unsuccessful so far and that he shouldn't have agreed to come back.

"I really like Real Madrid, they are my favorite team in the league," Mido told AS.

On the return of Zidane, he added: "From my point of view, Zidane did not add anything to Madrid, as there is a saying that says: do not marry the same woman twice."

After being unveiled as Real boss for a second time last year, the French manager stressed it was his desire to make the club successful again.

"I want to put this club back where it belongs. It has been difficult from the outside looking in," Zidane said.

"I have been living here in Madrid, doing my things. But I have recharged my batteries. I'm ready to coach this great club again."

Zidane was linked with a possible move to Juventus last month but the manager himself has looked to distance himself from those rumours, while conceding his future may lie away from Madrid.

"No, no... nobody has contacted me and I don't know anything," he said in March. "You know what it's like, people say a lot of things. Knowing what comes next doesn't exist.

"I feel supported by the club, yes, that's clear. The people that work here, we're all pulling in the same direction. But after all that, I know how this works. I'm coach of Real Madrid today but tomorrow that could change."