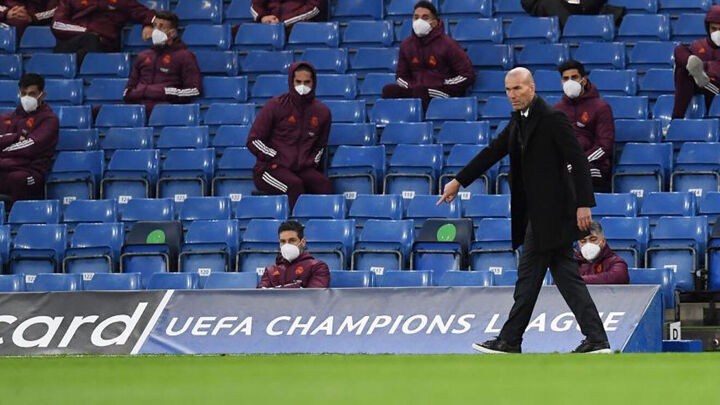 Zinedine Zidane gave Eden Hazard the nod against Chelsea, but the Belgium international didn't deliver and the Frenchman believes that his player needs more games to rediscover his form.

Hazard couldn't help his team at Stamford Bridge against his former side, who dominated and took a 2-0 win to progress to the Champions League final.

"Eden has to play," Zidane said at the post-match press conference.

"He has to regain his confidence, little by little, by playing."

Zidane went on to stress that all his players were fit for the match and admitted that Chelsea were the better team.

"We played a semi-final and the players were prepared," added Zidane.

"If they played, it means that they were prepared.

"We can be proud of my players, we have tried and we have come this far, one step away from the final.

"Chelsea played a great game and qualified and they are to be congratulated.

"We lost many duels and we lacked something," he said.

"We tried. It was a very demanding game.

"We could have been more aggressive in attack. We had no chances to score a goal and they had their chances and that's the way it is."

Zidane decided to start Vinicius as a right wing-back in a 3-5-2 formation, but the Brazilian didn't contribute much before being replaced and the Frenchman admitted that his player's ideal position is on the left-hand side.

"It was something new, but [Vinicius] could play there," declared Zidane.

"With three centre-backs, the idea was that.

"He already played there against Getafe. This time the team had to be organised in this way.

"His ideal position is wide left, it's true, but Vini can also play on the right."