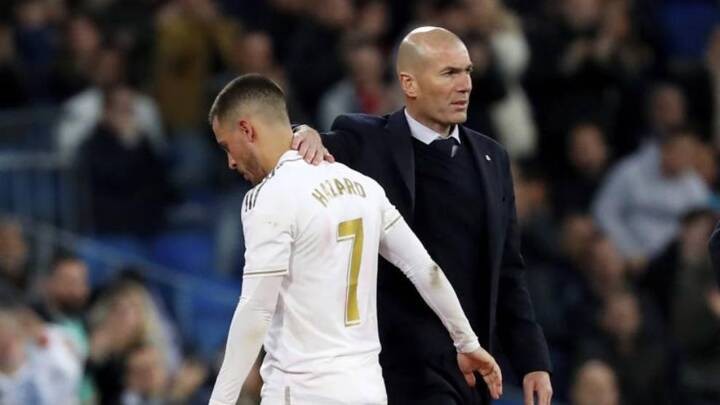 Zinedine Zidane has admitted that Real Madrid deserved criticism for their display in the 1-0 defeat to Cadiz on Saturday, and took responsibility for his own decisions that day. Madrid were outplayed by the newly-promoted outfit, particularly in the first half of the loss at the Estadio Alfredo Di Stefano, and with Shakhtar Donetsk in the Champions League coming up on Wednesday, Zidane is eager to put things right.

Isco and Marcelo were singled out for criticism from Saturday's game, but the Frenchman said it wasn't an individual problem. "Here we are all in the same boat and criticism is going to make us all stronger. Knowing where we stand, it is normal for there to be criticism," he said at the press conference. "The only thing we can do is work. We deserve the criticism for the other day, myself first. Not just the players, me too. Now we are going to try to change the dynamic. "We always talk about the same thing. We know that there is criticism when we lose. We aim to go out and do our thing, to work together and play a good game tomorrow [Wednesday]."

Eden Hazard has yet to appear this season, with high hopes placed on the Belgian after an injury-ravaged first campaign since his club record move from Chelsea. However, Zidane admitted that his latest problem had been more serious than first thought, but is now back on the training pitch stepping up his recovery. "His injury was more than expected, but he has already stepped out onto the field. I fully trust the people who work with him. I hope that soon we can see Hazard forever. We want him to come in and be with us all season."

Sergio Ramos is another player giving Zidane a headache as the captain had to be subbed off against Cadiz due to a knock to the knee, which has prevented him from training ahead of the Champions League opener. "Sergio has a problem and at the moment he has not trained. We do not want to risk anything. In the end we will see what will happen. He has not been able to train normally."

The doubt looming over Ramos is a concern not only for the Shakhtar game but also due to El Clasico coming up on Sunday, but Zidane is only focusing on the next task at hand. "We are thinking about this game. Shakhtar are a competitive team. They have injuries, but they have a big squad and are a great team, a good team, and they have shown it." After last year's elimination at the hands of Manchester City in the round of 16, Zidane was asked if Real Madrid could be considered favourites this year.