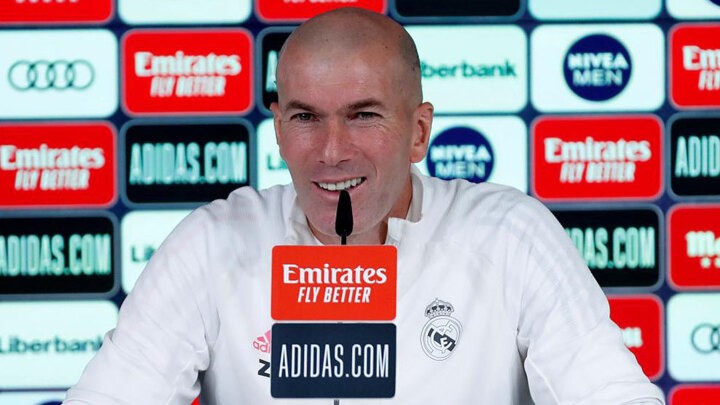 Zinedine Zidane avoided responding to Javier Tebas after the latter hit out at the Frenchman for his recent complaints following Real Madrid's goalless draw against Osasuna.

The LaLiga president deemed that Zidane was making excuses after the latter claimed that the team were allegedly forced to travel to Pamplona despite the adverse weather conditions.

"I'm not going to respond [to Tebas]," Zidane said at his press conference prior to Real Madrid's match with Athletic Club in the Supercopa de Espana.

"That's past. I'm already thinking about tomorrow's game, which is what interests me and my players.

"The other day I said what I said, but they were not excuses. It was evidence."

Luka Jovic is set return to his former team Eintracht Frankfurt and Zidane admitted that the Serbia international has had adaptation issues following his move from the Bundesliga side.

"Luka Jovic is still with us," Zidane added. "They didn't tell me anything at the moment. We'll see what happens.

"He is a striker who scores goals. This is what we want from Luka, but as a forward. He was 21 years old [when he joined], he was young.

"He has not been very lucky, he has had difficulty adapting and [with] injuries.

"He has to learn many things, but he will always have his qualities."

Martin Odegaard has hardly been given any playing time lately but Zidane stressed that the Norwegian midfielder will be given his opportunities soon.

"He is a beloved player, he is our player who will surely succeed at Real Madrid.

"He has not played much lately, but he will get minutes and will contribute a lot.

"I see him involved and that is the most important thing."