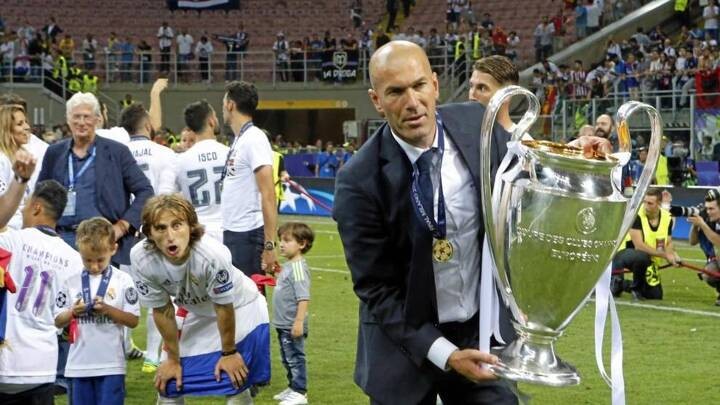 The Stadio San Siro was the setting on May 28, 2016, as Zinedine Zidane won his first trophy as Real Madrid head coach. The Champions League final against bitter rivals Atletico Madrid had to be decided by penalties, and Los Blancos ran out 5-3 winners.

Four and a half years later, with 11 trophies to his name, Zidane returns to the famous stadium to see his club take on Inter, although when the Nerazzurri are hosts it is called the Stadio Giuseppe Meazza.

Like the final back in 2016, there is similar urgency to win this clash as Real Madrid sit second place in the group. A loss would mean that Los Blancos would have to win their last two matches to even stand a chance of qualifying to the knockout stages of the competition.

Zidane has achieved what no one would have dreamt of when he replaced Rafa Benitez back in January 2016. He has reached three Champions League finals, winning all of them, as well as the Supercopa de Espana and the LaLiga Santander title on two occasions. He is only second to Miguel Munoz as the most decorated coach in Real Madrid history.

After winning LaLiga Santander last season, Zidane became the most successful coach ever, averaging a title every 19 games, which surpasses Pep Guardiola. The now Manchester City boss only has a better record than Zidane if you count his time at Barcelona, with a trophy every 18 games. Munoz needed eight years to win ten trophies at Real Madrid.

However, Zidane is arriving at the Giuseppe Meazza with his reputation in the balance, following an unconvincing start to the season. It is not the first time he has been on the ropes as coach of Real Madrid and probably won't be the last either.

With the 3-2 victory over Inter from just three weeks ago still fresh in the players' minds, Real Madrid will look to overcome the Italian side again so they can consolidate their position in the group and look forward to more positive times ahead.