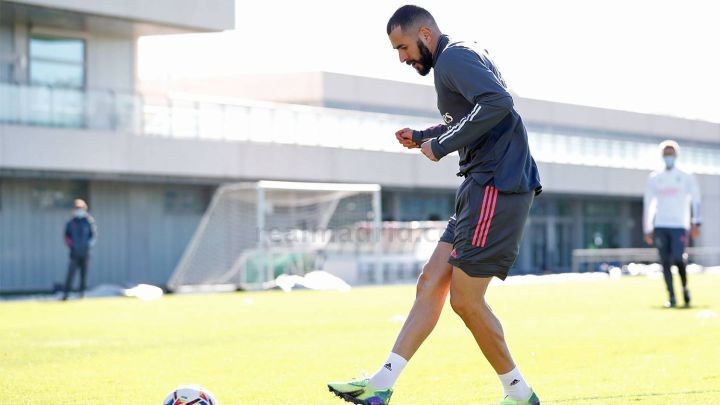 Real Madrid missed Karim Benzema against Villarreal and Zinedine Zidane has few other options for the pivotal Champions League match against Inter.

The fixtures are piling up and Real Madrid face a pivotal trip to Milan to take on Antonio Conte’s Inter in the Champions League with question marks over the availability of Karim Benzema. Zinedine Zidane’s side were held to a 1-1 draw in the Cerámica by Villarreal on Saturday where Mariano Díaz provided the visitors’ sole strike, laying bare the issues facing Zidane when his compatriot is not available.

Benzema has accounted for six of Madrid’s goals this season with Vinicius the only other forward with more than one to his name. Eden Hazard, Rodrygo and Mariano have one each while Sergio Ramos and Fede Valverde, both out injured, have three apiece. Luka Jovic is hardly Zidane’s go-to solution when he needs a replacement for Benzema and the Serbia striker is sidelined after a positive test for covid-19. Mariano has played 99 minutes this season, 85 of which came against Villarreal in the absence of any other options.

Benzema has been struggling with a muscle issue that forced his substitution in the 4-1 defeat at Valencia and it remains unclear if he will be available to Zidane for the trip to the San Siro. The Frenchman was out on the turf at Valdebebas on Sunday morning but faces a late fitness test for the Inter match.

Casemiro and Éder Militão are also doubts after testing positive for coronavirus and will undergo fresh tests on Monday while Ramos and Valverde will not feature in Milan. Jovic is definitely out for the Champions League clash and Zidane will have to find a solution to the lack of a cutting edge on display in Villarreal where Madrid managed a single shot on target from just six attempts.