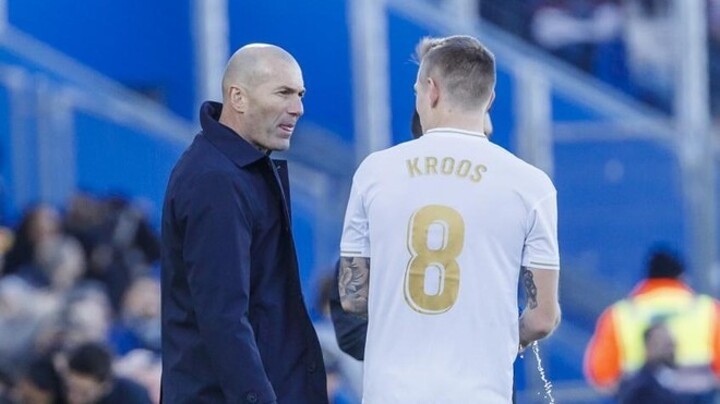 Zinedine Zidane has included Eden Hazard in Real Madrid's squad list for the game against Borussia Monchengladbach but hasn't revealed whether the Belgium international will feature in their second Champions League game this season.

Hazard has overcome his injury and could make his first appearance for Real Madrid in Germany, following a complicated 2019/20 campaign where he failed to find consistency due to injuries.

"If Hazard is with us, it's because he is well and that is good news overall," Zidane told the press. "We are all happy to have him with us.

"Tomorrow we will see how we can use him. It's very positive news for us."

Real Madrid beat Barcelona 3-1 in Saturday's Clasico at the Camp Nou and Zidane stressed that he wants his team to produce an equally good performance in Germany to grab their first three points in Europe this season.

"We are looking at things from the context of what we did over the weekend [win the Clasico], playing a good match for 90 minutes as a team," Zidane added. "We fought and played well, and that's what we have to do tomorrow.

"Stay focussed and fight, because it's going to be a hard match. We are playing difficult teams every three days."

Following the injuries of Dani Carvajal and Alvaro Odriozola, Nacho Fernandez also picked up a knock in the Clasico and won't feature against Borussia Monchengladbach. However, Zidane believes he still has alternatives for the right-back position.

"We know that the season is long and we are going to need every player," Zidane continued. "I have always said that, because there are players who always want to play.

"While it's true to say that we have had issues on the right, there are other players who can play there and it will not be a problem."

A video went viral showing Isco allegedly complaining to his teammates about his playing time during the game against Barcelona. Asked about the incident, Zidane made clear that it's him who makes the decision in regard to the starting eleven.

"Isco wants to play, like all players, and that is a positive thing," declared Zidane. "Players always want to play, though that isn't up to them, they have to be ready [to play].

"That has always been the case in this team. The players are all well prepared, and then I have to make a decision on the starting XI, and that will not change."