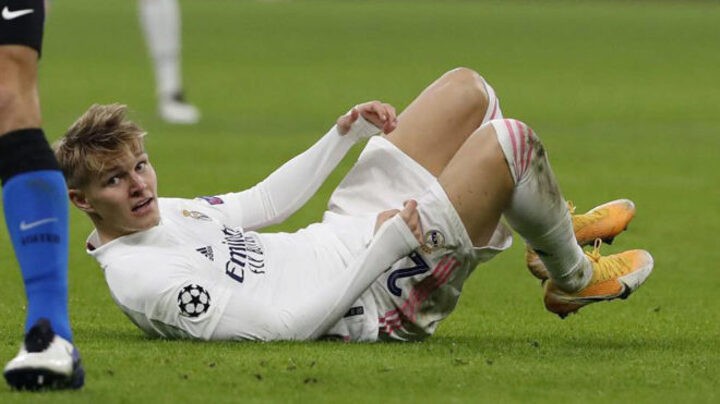 A few seasons ago, Real Madrid decided to change their transfer policy. In the years that followed, they've opted for young talent , with the idea of developing them and making them into stars. However, that policy isn't giving the expected results and many of these youngsters have now decided to leave on loan or for good because of a lack of minutes and confidence from Zinedine Zidane.

The French coach almost always prefers his old guard for matches and is showing a flagrant distrust of those players who should be taking over from the established but also, over the course of a long season, exhausted stars.

Rodrygo Goes has been the only exception to this rule of late but a serious injury has kept him out of action for a while. In recent seasons, players like Theo Hernandez, Marcos Llorente, Alvaro Morata, Sergio Reguilon, Achraf Hakimi and Oscar Rodriguez are amongst those to decide to go down a new path because of how hard it is to establish yourself at Real Madrid.

Other players like Jesus Vallejo, Brahim Diaz, Dani Ceballos, Takefusa Kubo, Borja Mayoral and Reinier Jesus have left on loan but, once they return, they'll find themselves warming the bench, as they say.

The situation with Martin Odegaard is even more serious. The Norwegian could have stayed at Real Sociedad for another year, where he'd become a star in LaLiga Santander, had Zidane not recalled him for reasons that are still not clear. Luka Jovic has also departed, though from my point of view, it seems he deserved it for his off-field behaviour.

And so, of all this young talent once at the club's disposal, only Andriy Lunin, who barely counts, Vinicius Junior, who is a worse player now than before he arrived, and Fede Valverde, who has also taken a backwards step this season after injuries, remain.

We can conclude from all this that a coach is also there to improve his players - something that Zidane isn't achieving in this case. The youngsters, when they get to play, are gripped with nerves when they get onto the pitch because they already know how virtually impossible it is to make a name for yourself in this Real Madrid team.

All of these players are part of the club's heritage. Some have cost a lot of money and Real Madrid can't afford to keep letting them leave by the back door. Either you make the most of them or you change your transfer policy. In the end, it's Zidane's management of these players that is proving a disaster.