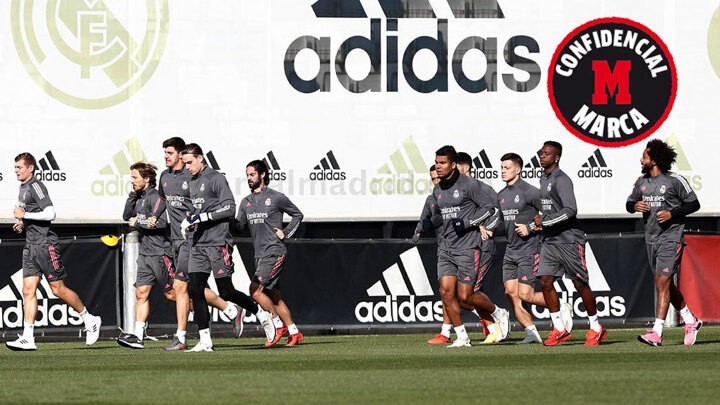 In a training session which saw no youth player in sight, Zinedine Zidane and the Real Madrid players held a meeting to analyse the situation of the team after Saturday's 1-0 defeat at home against newly-promoted Cadiz.

The Frenchman wanted to make some clear points to his side ahead of a busy run of matches which includes the return of the Champions League, a trophy Zidane and the club treasure.

The two words which were a frequent occurrence during the team meeting were "Intensity" and "attitude" which featured prominently in Zidane's speech. As he had said on Saturday at the post-match press conference, his players see that it is not possible to go out onto the pitch with such low intensity and sent a message for future reference, ensuring that it is not possible to have a repeat showing.

"We lacked attitude," he insisted. In a conciliatory tone, without singling out any player in particular, Zidane advocated recovering the spirit of war and unity that has defined Los Blancos in recent times and that has given them such good results.

Senior members of the dressing room also made their feelings known and stressed that there was no room for excuses. The players agree with the diagnosis of the coaching staff, or at least that is how the footballers who spoke out felt: Sergio Ramos, Luka Modric and Toni Kroos.

The captain was the first of the players to speak and the two midfielders spoke very little but very clearly. Both the Croatian and the German insisted on the message of "unity" and "intensity" in order to move forward.

The relationship between the players and the coaching staff cannot be questioned as they all agreed on the analysis after the defeat against Cadiz.

In fact, Casemiro made it very clear at the end of the game with phrases such as "we gave away the first half" and "in the first half the attitude cannot be how it was." The Brazilian was a substitute, but that didn't stop him from noticing the problems in the first 45 minutes. Luka Modric, who only played the first half, had no problem admitting that the team's build-up play was bad and that it could not be repeated.

With this introspection, the players and Zidane began to prepare for next week's matches against Shakthar Donetsk and Barcelona.

Sunday saw a recovery session for those who played the 90 minutes against Cadiz and a little more demanding for the players who did not participate or did not complete the match. This was all under the watchful eye of Zidane, who on this occasion has preferred to convince his players that they must recover their form that led them to success last season rather than take out the whip.