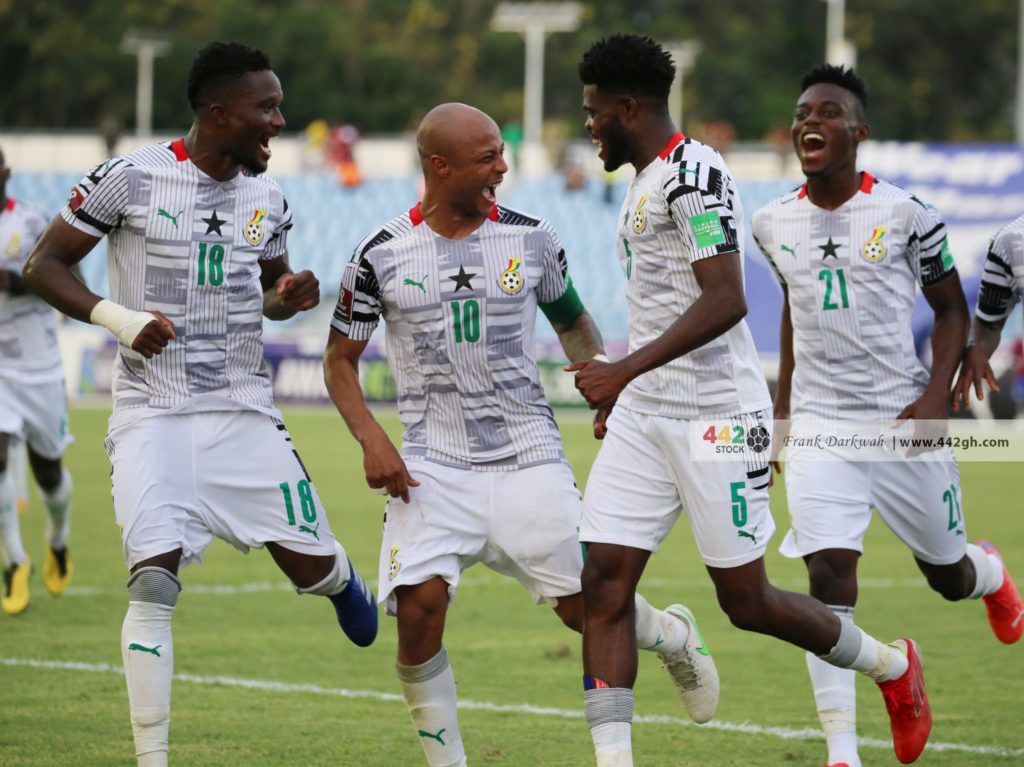 The Black Stars return to the summit of the Group G in the 2022 World Cup qualifiers after beating Zimbabwe in Harare.

The win sends Ghana two points above South Africa, who play later on Tuesday against Ethiopia in Johannesburg.

Arsenal star Thomas Partey's 30 minute freekick was all the Black Stars needed to secure maximum points against the Warriors at the National Stadium in Zimbabwe.

The Black Stars started the game brightly and came close to breaking the deadlock when Kamaldeen Sulemana maneuvered his way in way into the box, but his effort was forced out by the Zimbabwe goalie.

On the other side, Jojo Wallocott was forced into a very dangerous clearance after receiving a back pass from Jonathan Mensah.

Just after the half hour mark, the Black Stars were awarded a freeckick outside the box and captain Thomas Partey made no mistake from 25 yards after beautifully curling in the winner.

Kamaldeen Sulemana was a handful on the flank, and earned a corner for Ghana which nearly doubled the lead, but Mohammed Kudus' effort was cleared on the line.

The Ajax star was once again denied by the cross bar in the 51st minute, as the Black Stars kept pressingh.

The Warriors had their moments but were not threatful in attack, but Alexander Djiku picked a booking following a foul on Khama Billiat.

Captain Andre Ayew, Samuel Owusu, Caleb Ekuban were all brought on with five minutes left as the Wset Africans run down the clock for an important victory.