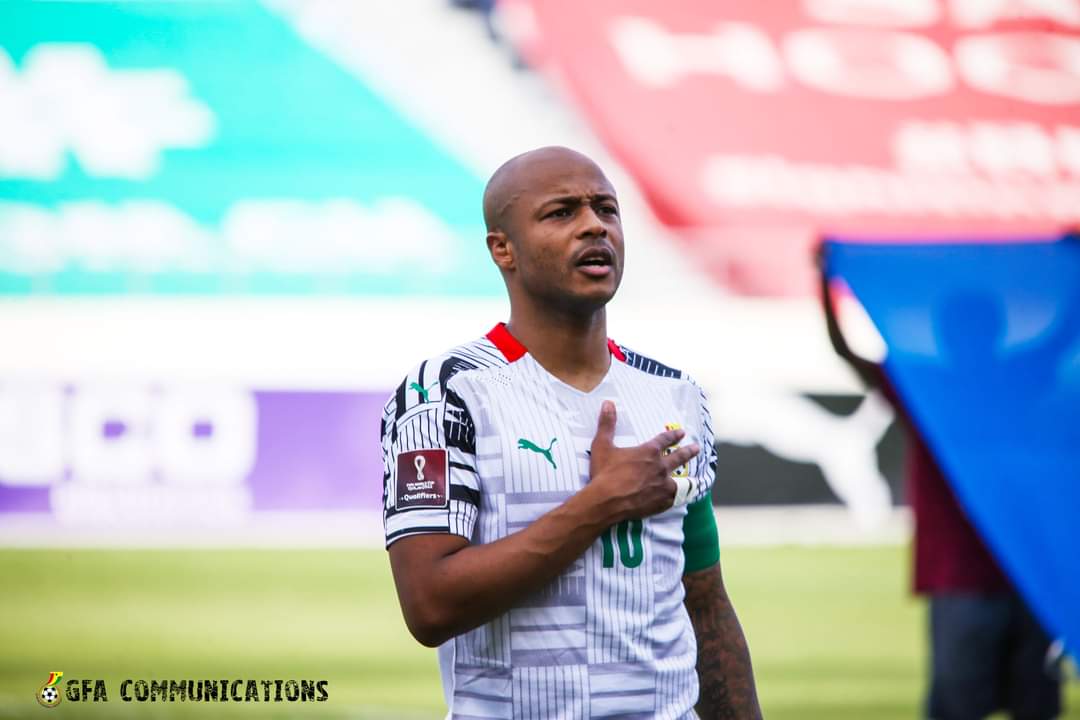 Ghana captain Andre Ayew missed the 2022 World Cup qualifying match against Zimbabwe on Tuesday due to an injury he picked during training.

The Al Sadd star was named on the bench by coach Milovan Rajevac as they faced the Warriors at the National Sports Stadium in Harare.

The 31-year-old developed a groin injury during the final training at the National Sports Stadium ahead of the match.

A first half solitary strike by Arsenal star Thomas Teye Partey claimed victory for the Black Stars who move to the top of Group G standings.

The skipper was introduced in the game in the 86th minute after replacing Mohammed Kudus.

Ayew confirmed after the match that he started from the bench due to an injury was nursing.

“It was not an easy time and game for me and the other players but we are in a period where I have to be there for the team and every point is important but there are sometimes you have to up a collective decision,” Ayew told the media after the game.

“I think the boss did the right thing [by benching me in the game]. We spoke about the injury I was nursing and I’m just so happy that we have the points.

“I hope that we will continue like this against Ethiopia and the other game and I believe victory will be ours. Ghana will surely qualify for the World Cup,” he added.

The Black Stars recorded a 3-1 victory over Zimbabwe in the reverse encounter last Saturday at the Cape Coast stadium.

Ayew scored the final goal after Mohammed Kudus and Thomas Partey had gotten on the scoresheet with Knowledge Musona getting the consolation.

Ghana will take on Ethiopia and South Africa in the next round of fixtures next month.