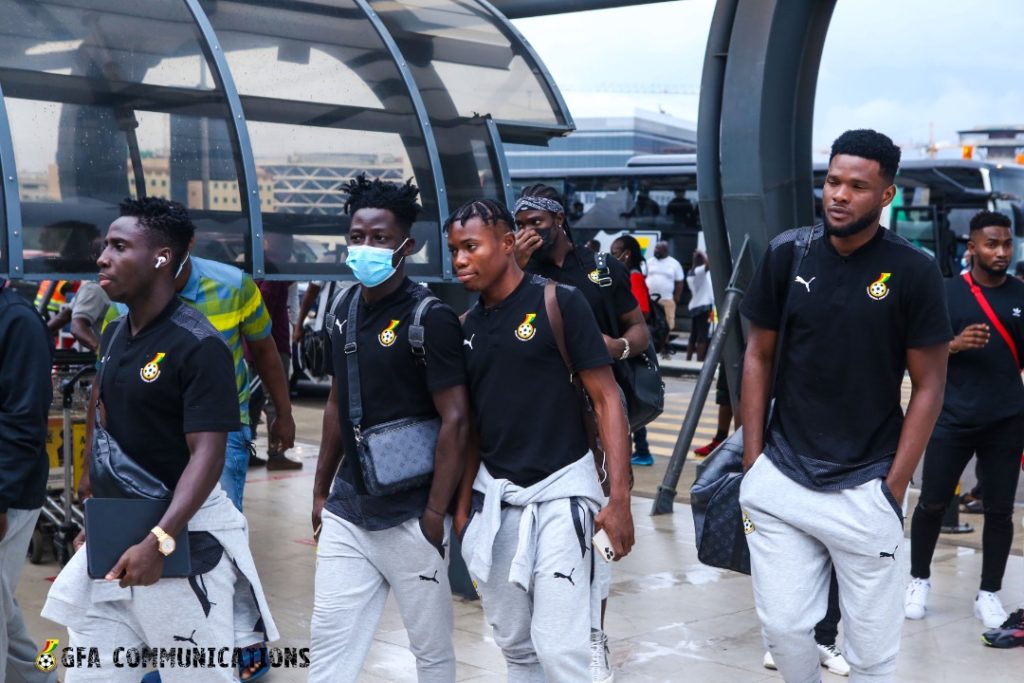 Black Stars arriving in Harare, before the Zimbabwe team arrive in their own country
Share

The Ghana national football team arrived in Harare on Sunday night almost 24 hours before the host nation Zimbabwe touch down in their own country for Tuesday's return leg 2022 World Cup qualifier, giving the Ghanaians the huge advantage of adequate rest and more training time before the two sides square off.

The Black Stars arrived at the Robert Mugabe International Airport on Sunday night, almost 24 hours before the Warriors arrive from Ghana where they played their first-leg encounter on Saturday in the gruelling qualifiers.

The smart travelling arrangements by Ghana ensured that the Black Stars trained on Sunday before departing for Harare while the home side contended with their tasking travel back home for the second leg of the qualifiers for the tournament in Qatar.

While Zimbabwe were travelling back home on their long commercial flight, the Black Stars managed to put in a full training session on Sunday morning before catching their charter flight to arrive in Harare even before the Warriors.

The Black Stars touched down at the Robert Mugabe International Airport late last night aboard the charter flight and will train again on Monday afternoon after securing a good night rest while their opponents continued with their journey.

Zimbabwe used a commercial flight that took them via Ethiopia and South Africa, wracking more hours in the air and only expected to arrive in Harare late afternoon on Monday.

This has clearly given Ghana the advantage of gaining adequate rest and more training time ahead of hosts Zimbabwe for the Group G qualifiers set for the National Sports Stadium on Tuesday.

Zimbabwe lost 3-1 to the Black Stars in the first leg played at the Cape Coast Stadium on Saturday and with the long travelling time back home it could leave them on the backfoot.

The Black Stars checked in at a five-star hotel and will train at the match venue this afternoon at the same time that the match will kick off.

The Black Stars currently sit second in Group G with xi points – one point adrift of leaders South Africa after three round of matches. Zimbabwe are last with one point, while third-placed Ethiopia have three points.