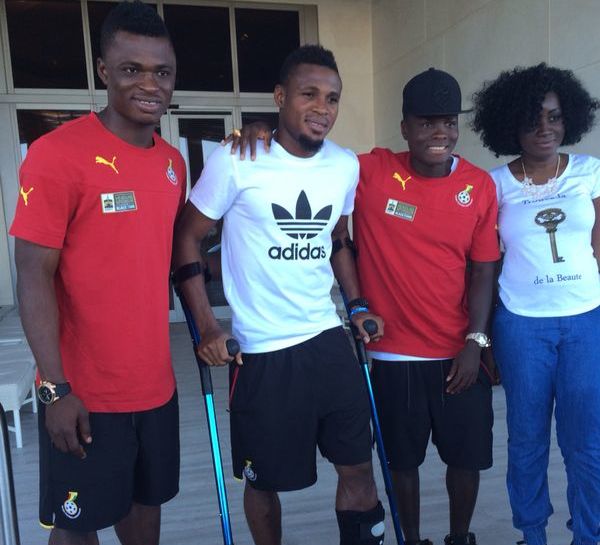 Ghana defender Jerry Akaminko underwent a successful ankle surgery in Miami on Friday after twisting his fibula in last Saturdayâ€™s pre-World Cup warm-up against the Netherlands.

The Turkey based landed awkwardly on his left ankle rupturing his fibula which has ruled him out of the World Cup.

The 26-year-old will be out for two months but should be ready for pre-season ahead of the Super Lig.

â€œAkaminko has undergone successful surgery and his recuperation begins in earnest and if all goes according to plan he should be back on the field in sixty days,â€ a statement read.

He is currently with the Black Stars team in Miami as the rest of his international teammates finalize preparations for the World Cup in Brazil.