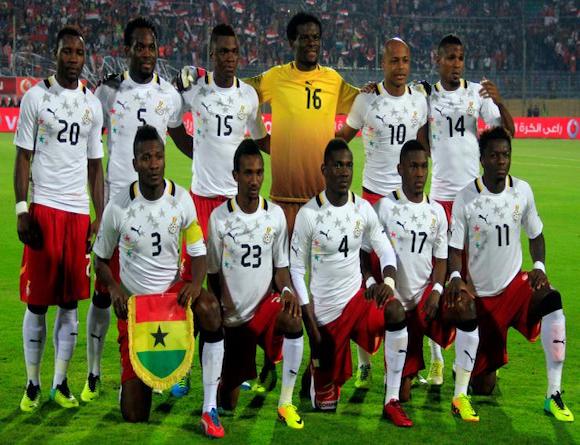 Ghana's line-up for the World Cup qualifier against Egypt.
Share

I reclined in my couch, and continued flipping through the dailies. The content on the sports pages were quite familiar, after all, it was that time of the year; speculations grow, forecasts, leaks and exclusives become commonplace and unnamed sources enjoy their sense of importance in the shadows.

Well, if you are a football lover, it wouldnâ€™t take any hard guesses to figure this out. The World Cup is just next month and all coaches of the 32 participating teams have up to May 13 to release their provisional squads.

In Ghana, the â€œspeculativityâ€ in the media has become fashionable with the release of one list after another. I have my list too, a different kind of list; itâ€™s short, devoid of names; it contains two crucial factors that should form the basis of call ups; experience and form.

Forecasting 70% of the squadâ€™s composition isnâ€™t really difficult, itâ€™s the borderline 30% that is; that margin has been left for players who arenâ€™t enjoying the best of forms but wield massive experience as well as players who have sprung up, are in good form, but havenâ€™t been really tested. Absurd as it is, certain names have been thrown in the mix because of the lack of confidence in the department they play.

When the Black Stars central defense hasnâ€™t been water tight; lacked a natural leader to organize the defense to defend as a unit, then names like Isaac Vorsah and former captain John Mensah strangely pop up.

The argument is that other countries have done it in the past and it served them well. Cameroun did it with Roger Milla, Egypt did it with Hassan brothers etc. good arguments, but what is missing in this whole argument is context.

When these countries recalled these stars back to their national teams, those players were either active or special talents, who were rightly exempted from the â€œformâ€ criterion; but can same be said of Isaac Vorsah and John Mensah?

Isaac Vorsah has just recovered from a long injury lay off and hasnâ€™t kicked a ball in over a year. John Mensah has alternated in between the 3 games he has played this year for Nitra in Slovakia, sometimes barely getting a full half of 45 minutes.

I have heard the argument that even 45 minutes alone will be enough to protect Ghanaâ€™s goal, really! Which team at the world cup level will willingly start a player knowing he might not even last 45 minutes, risk the probability of disturbing the rhythm of the team and even reduce its alloted 3 substitutions to 2, I dare say none, who does that!

Like I mentioned previously, if there will be any exception made to include experienced players who arenâ€™t in tip top form, these players must be special football talents or be in some regular football activity, that is the context that should guide call ups based on experience.

Kwesi Appiahâ€™s headache must be pounding. What do you do as a coach, when on the eve of picking your squad, fringe players, who havenâ€™t been tested at the international level, hit a rich vein of form and provide you with â€œunnecessaryâ€ options.

If you have an Afriyie Acquah, a defensive midfielder with Italian club Parma, playing week in week out, would you consider him ahead of an experienced Anthony Annan who is just returning from injury to competitive action.

There is also David Accam who has lit up the Swedish league with immense pace, direct runs and goals, scoring 11 goals in 12 games this season.

Then even more curiously, there is Jeffrey Schlupp who helped Leicester City gain promotion to the English Premier League with outstanding performances at left back, a spot that has been problematic for the Black Stars.

That the aforementioned players are in good form is not in question, itâ€™s the fact that they arenâ€™t proven at the international level that may count against them. This is where the Shilla Illiasu and Habib Mohammed story helps their cause.

Prior to the 2006 World Cup, these two, local players back then, hadnâ€™t kicked a ball in a Black Stars jersey in a full international match. However they were thrown into the deep in Ghanaâ€™s second match against Czech Republic, they excelled and the rest is history. Moral of the story; sometimes you have to risk to achieve.

In an ideal word, Kwesi Appiah should get it right, however life in general has never been ideal, much less the intriguing world of football, where a coachâ€™s personal preference and other nuances go to decide who he picks.

When the list finally gets its big reveal on Monday May 12, I can bet you will be hoping that Appiah would have struck a fine balance between form and experience, on the other hand, I will just hope that unlike in the past when squads were released, I can be as calm as I am in the couch now; I can only hope, because experience hasnâ€™t always guaranteed that, he who has eyes to discern the inherent clues, let him.