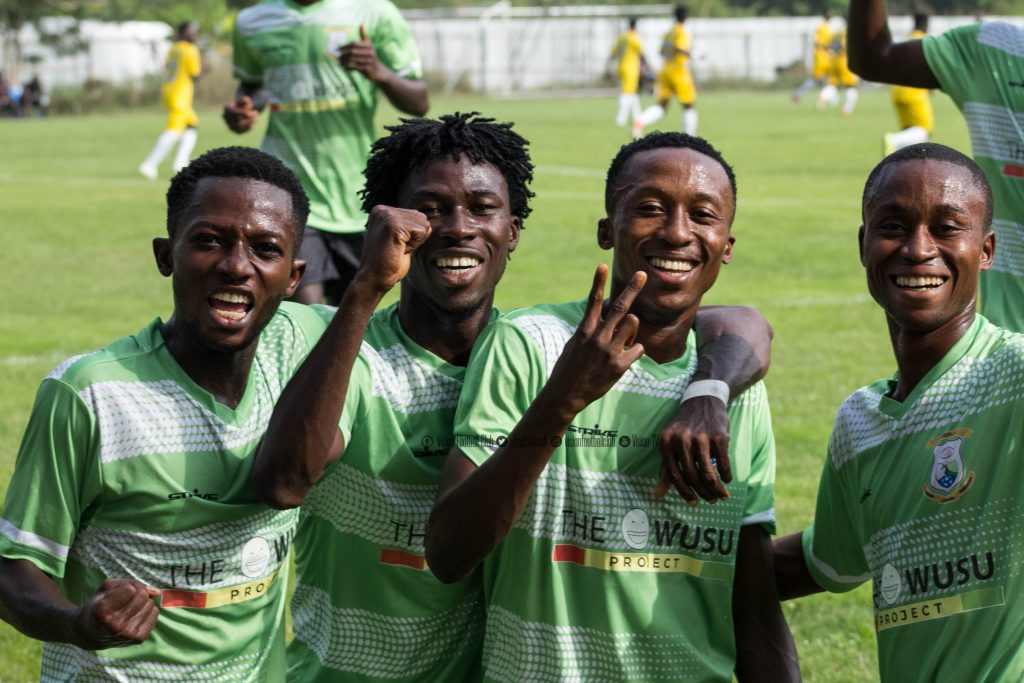 Vision FC made it back-back wins after beating Krystal Palace 1-0 on matchday 2 of the 2019/20 Division One League.

Abraham Laryea scored a 16th-minute penalty to settle the highly competitive encounter in favour of Vision FC at the Akotex Park in Accra.

Chances were far and few in the early stages of the game with both clubs taking a cautious approach to study each other but Vision FC with an inch of dominance over the hosts.

Vision FC looked more dangerous going forward with playmaker Johnson serving some sweet passes to the attackers. Joseph Mensah came close to getting his name on the score sheet in the opening 10 minutes when he picked a loose ball from the left side of the attack and raced towards goal but his low drive effort missed the post narrowly.

Goalkeeper Anaba Kamil kept his side in the game with some excellent saves just before the 14th minute mark. Laryea found Mensah with a cross inside the box but the attacker’s effort was handled in the penalty area by his marker and the resultant penalty was fired home by the orchestrator of that attack – Abraham Laryea.

Emmanuel Paga was fed with a delicious cross by experienced Prince Ofori but the former’s effort after beating the Palace safest pair missed the post by inches.

After the break, Vision FC continued dictating the pace of the game with some delightful midfield play and attacks but then again, fail to convert to a goal.

Nanakwasi Arthur, Evans Gyau and defender Mohammed Ali all came close to doubling the lead but were prevented by the home team’s defense.

All three substitutions were effected as the technical men searched for another goal and also to keep the defense resolute.

The win sends Vision FC in a respectable position on the league log following two straight wins without conceding. Vision FC will make a short trip to Prampram to face Uncle ‘T’ in their second away fixture on Saturday.