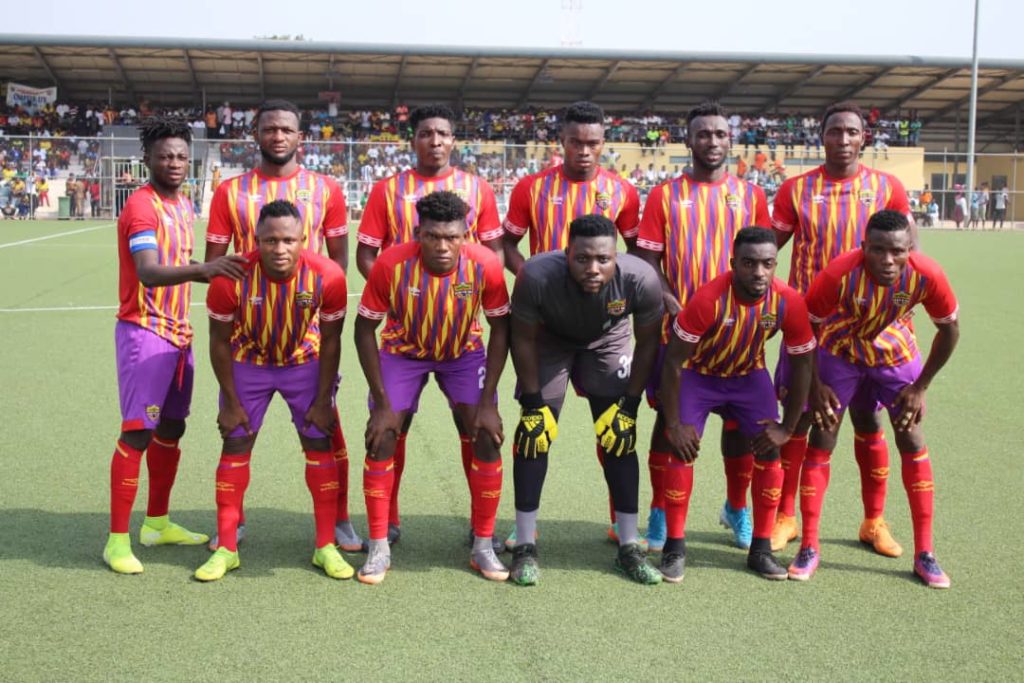 Hearts of Oak have set sights on returning to winning ways when they welcome Bechem United to the Accra Sports Stadium in Week 10 of the ongoing Ghana Premier League on Sunday.

To get things started in this preview, we look at the most recent result.

The Phobians played Bechem United in 2018 in a Premier League match. The match was a draw, with a final score of 1-1.

Over the last decade, these sides have met a total of 7 times.

Hearts of Oak have run out winners in 2 of the matches in this period. Bechem United have won 2 matches. There have been 3 draws.

There has been an average of 2.43 goals in this match-up.

Looking specifically at the match-up on the road, whichever side has been away has won 28% of the matches between these sides. The home side has secured the win 28% of the time.

In 9th place in Premier League with 12 points is the home team.

Looking at their results in the ongoing campaign, they have played 9 matches. They have 3 wins; 3 draws; and 3 losses. This gives Hearts of Oak a recent Win-Draw-Loss rate of: 33%-33%-33%.

On average they have scored 0.75 times when playing at home in this last year while they have conceded 1.0.

Across all competitions, their recent performance data shows that they have scored 7 goals in their last ten matches and in this time they have a win rate of 30%. There have been 4 occasions when both Hearts of Oak and their opponents have scored. There has been 4 matches with three goals or more.

They have kept a clean sheet in their last 3 matches.

Bechem United have 14 points in Premier League. They are in 7th position.

Over this 12-month period, they average 1.0 goals per match. They have conceded an average of 0.88.

On average they have scored 0.75 times when away from home in this same period and they have conceded 1.5.

In recent form, they have a total of 11 goals in their last ten matches - 4 of these matches have been wins for them. The total number of times both Bechem United and the other team have scored in these games is 5 out of the ten and the total number of matches with over 2.5 goals scored is 4 from the last ten.