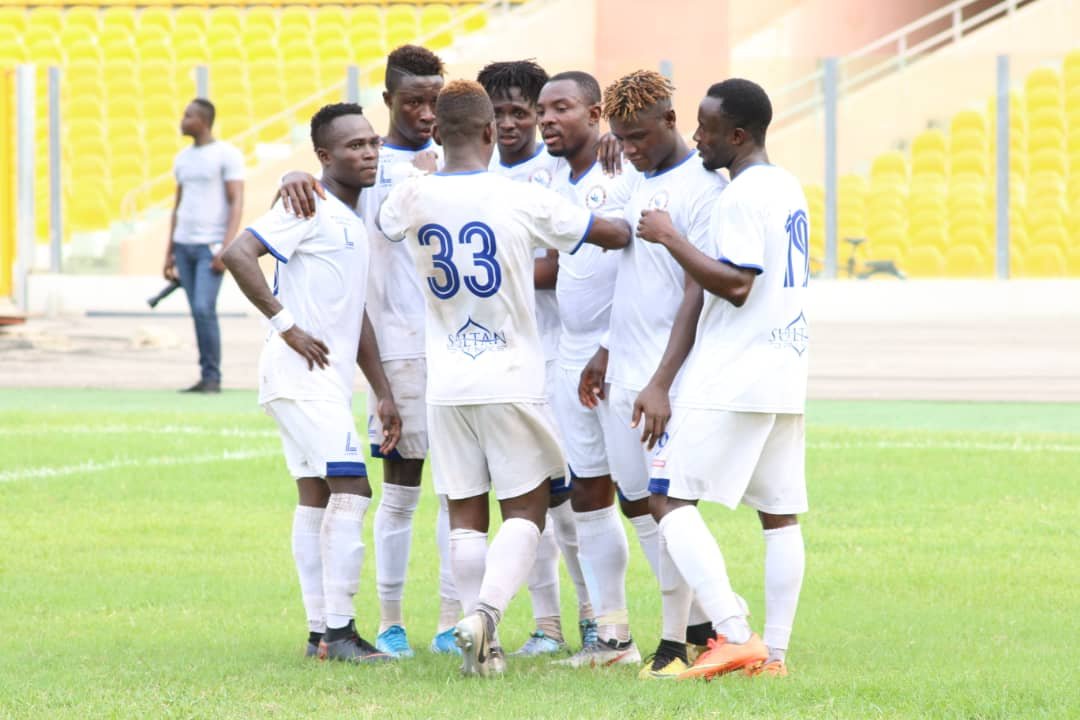 Berekum Chelsea beat King Faisal Babes 4-2 at the Golden City park on Sunday to recover from their FA Cup slumber in a thrilling fashion.

Ahmed Adams returned from suspension for the hosts whereas Richard Kissi Boateng kept his place in the starting lineup.

Jordan Opoku was handed his first start of the season for the Blues.

King Faisal Babes made three changes to their squad from the last game. Daniel Nii Adjei and Gabo Mohammed got their first starts of the season.

Stephen Amankona opened the scoring in the 13th minute to put Chelsea ahead.

The visitors responded through Ibrahim Osman on the 25th minute before Amankona got his second six minutes later.

Jordan Opoku increased the tally in the 51st minute.

Kissi Boateng got his name on the scoresheet for the second on the trot to make it 4-1.

The guests from Kumasi got their second consolation through midfielder Frimpong Boateng.