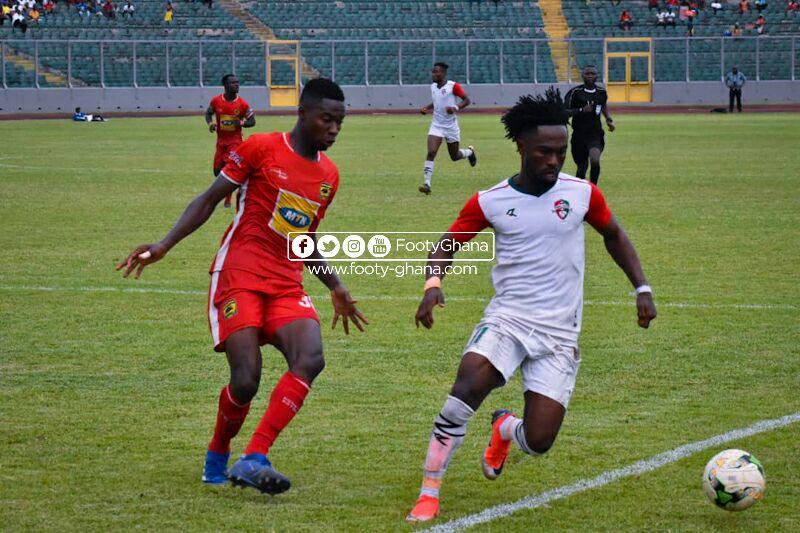 Asante Kotoko are back on the road hoping to replicate their impressive performance which saw them beat Bechem United against Karela United in Tarkwa on Friday.

The Porcupine Warriors reignited their title hopes last weekend with an impressive 3-1 victory over Bechem United at their adopted home, Accra Sports Stadium.

It was the sort of response fans wanted after a turbulent few weeks prior to the match. Aside from their struggles in the league, they were booted out of the MTN FA Cup.

Kotoko are now fourth and just two points behind leaders Medeama. They will be aiming to go top of the table by the close of Friday.

For, they did not enjoy success on the last matchday as they slumped to a 1-0 defeat against Liberty Professionals in Dansoman.

The defeat extended their terrible run. In their last five matches, they haven't won a game - losing three and drawing two.  The Ayinase-based club are now 17th on the log with just 10 points in 12 matches.

The two teams have won one each of the last two meetings.