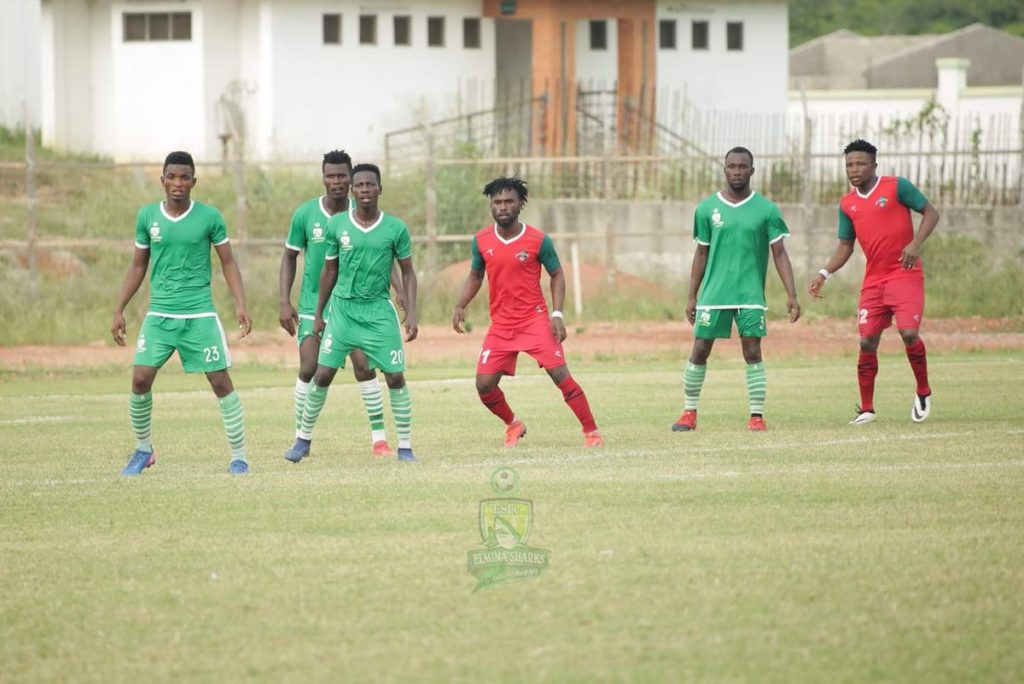 Both teams are coming off the back of defeats on match day 1 of the Ghana Premier League, after Elmina Sharks lost on the road to Bechem United with Karela United suffering a home loss to WAFA.

Elmina Sharks are returning to their favourite Papa Kwesi Ndoum Park, a place they will fancy their first victory of the season.

Despite losing their number goalie Richard Arthur to Hearts of Oak, the Elmina based club have rather extended contracts of some of their best players including Benjamin Tweneboah, who is expected to be a torn in the defence Karela on Sunday.

In place of Richard Arthur, the club brought in Lord Bawa from Proud United and other players to join are Rapheal Ocloo, Henry Nana Afankwa and Timothy Atipo.

Taylor would be complimented by the arrivals of Abega Ofotsu but the Anyinase based club has been weakened by the departures of Solomon Taylor and Osei Baffour.

Elmina Sharks coach Yaw Acheampong will be hoping the home fans will come out in their numbers to support his team in one of the highly fancied games in the GPL.