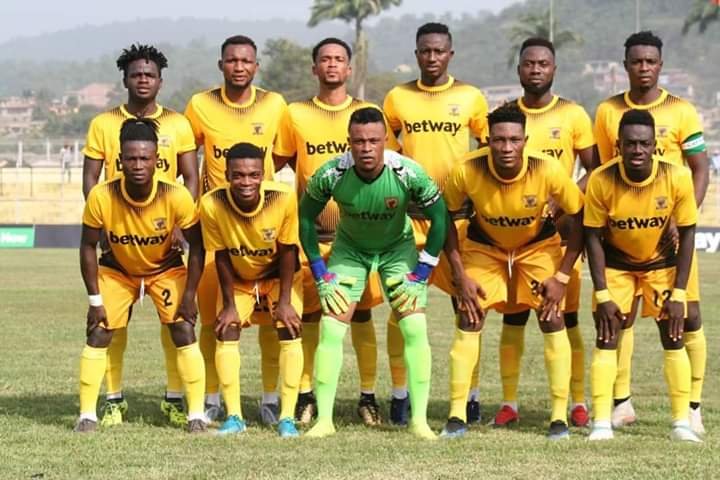 AshantiGold SC at their lethal best on home soil are tipped to extend their 100% winning start in the season this Sunday as they host Eleven Wonders FC at the Len Clay stadium.

It is worth mentioning that the Miners are on a twelve-match winning streak at home in the league with their last defeat dating back 16 June 2017.

AshantiGold are coming into the game with back-to-back victories over Great Olympics and King Faisal Babes without conceding.

The Gold and Black outfit have been boosted with the return of central defender Richard Osei Agyemang who missed the last game through injury.

New gaffer Kasim Gökyildiz cannot make his first appearance at the dugout as he awaits his working permit.

Assistant coach Yakubu Sheriff Mambo has been in charge of the two games already played this campaign and he will be in charge again.

Frank Akoto and Eric Esso will be making their debuts for the Miners if they are selected for Sunday's fixture.

Another defeat is certainly looming for Eleven Wonders FC this weekend as they travel from Techiman to Obuasi for the tough task in search of their very first point(s) of the season.

Wonders are on a poor run of form at the moment.

The guests are winless in their two fixtures in the top flight so far and are yet to score a goal in the process.

Eleven Wonders lost 1-0 to Asante Kotoko in the season's opener and also lost 1-0 in their first home game this term to Dreams FC.

They conceded both goals within the first 20 minutes of both games. An impression coach Ignatius Osei Fosu and his boys must prevent on Sunday if they want to pick at least at point from the game.

Few changes are expected in the Eleven Wonders side as Solomon Aboagye might be back in the starting lineup against the Miners.