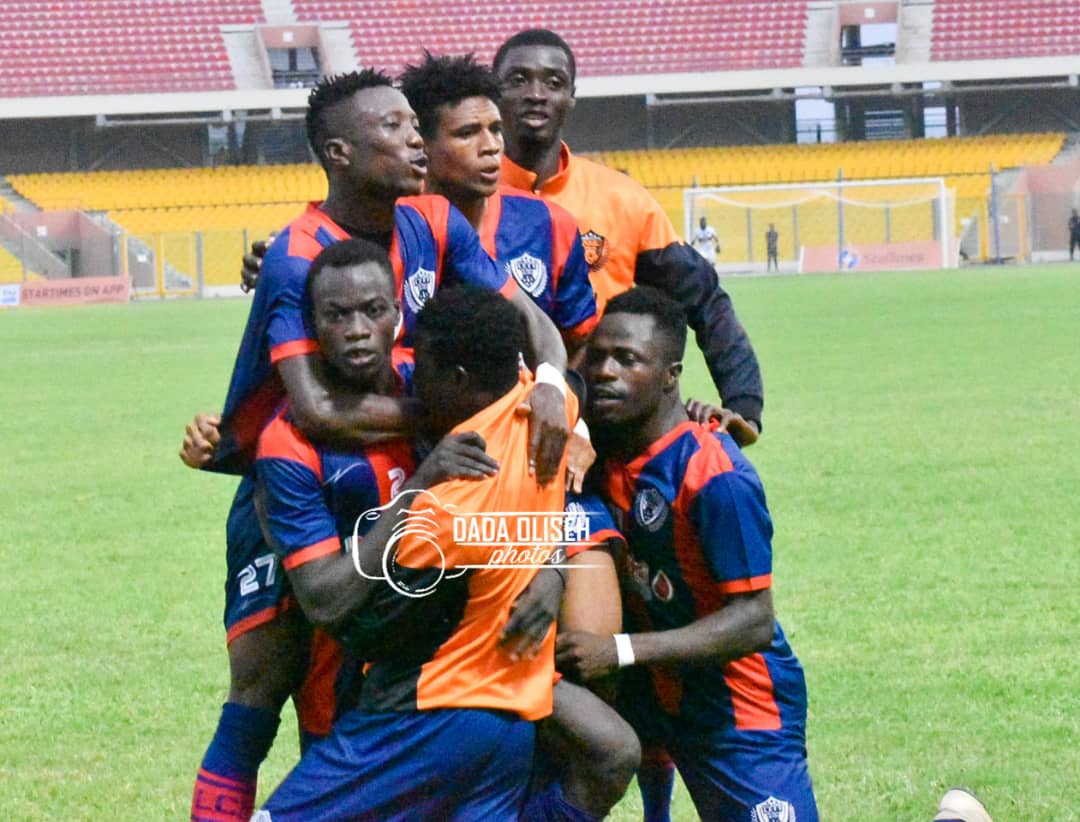 Legon Cities FC recorded their first win of the 2019/20 Ghana Premier League with a slim 1-0 success over Bechem United at the Accra Sports Stadium on Friday night.

Abdul Karim Jabila's 4th minute free-kick was enough to earn the Royals the points after six rounds of matches.

This was after Papadopoulos had been brought down at the edge of the box.

He unleashed a scorcher from 20 yards, which beat goalkeeper Prince Asempa of Bechem United.

Before the hour mark, striker Ebenezer Nii Addy should have doubled their lead but he dragged his shot wide after being put through by captain Jeffrey Degorl.

At this stage, it was all about Legon Cities FC dictating the pace and asking all the questions. Unfortunately, they could not turn the screws on the visitors.

In the second half, Bechem United stepped up but could not get the ball pass Fatau Dauda, the Legon Cities goalkeeper and captain.