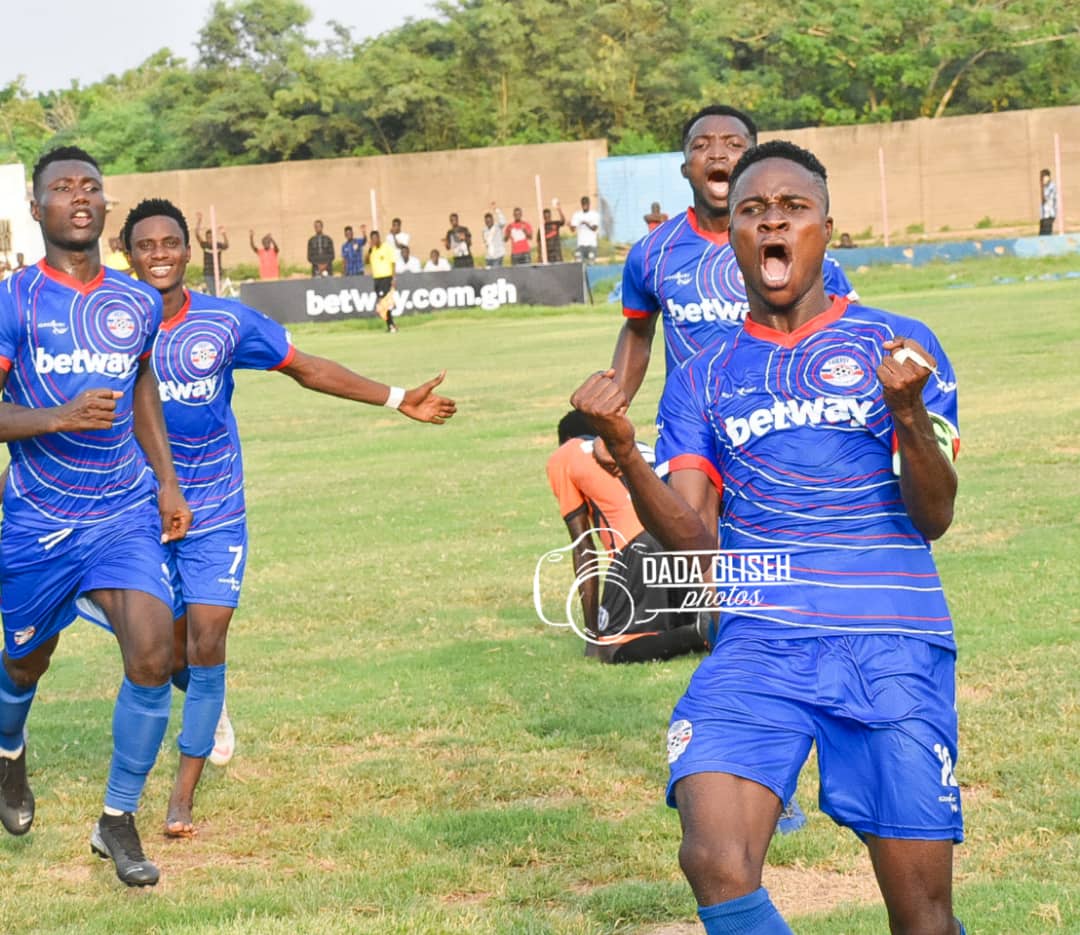 An exciting match is expected when Liberty Professionals square off against Dreams FC in a Ghana Premier League week 8 clash on Wednesday.

Despite it being a home match for Liberty, it will be played at the Theatre of Dreams in Dawu, the home grounds of Dreams FC. This is because Liberty are serving an indefinite ban from using their Carl Reindorf Park in Dansoman.

The park has been closed for being unsafe after three snakes were killed during Liberty’s 2-1 defeat against Hearts of Oak.

This means Dreams FC will for the first time use the away dressing room at their own stadium while Liberty make use of the home dressing room. This could have a telling effect on the performance of the two teams on the day.

The two teams come into this fixture having endured different fortunes from the previous matchday. While Liberty held Kotoko, Dreams were beaten by Hearts of Oak at their own backyard.

Both teams also have the same points, 10 each. However, Dreams are ahead as they sit 9th  while the Scientific Soccer Lads occupy 10th position.

But on current form, it is Liberty that holds the advantage. They have picked up four points from their last two games against WAFA and Asante Kotoko. They beat WAFA 2-1 in Sogakope and drew with Kotoko 1-1 in Kumasi.

Dreams, on the other hand, have lost their last two matches. They suffered a 2-1 defeat away at Ebusua Dwarfs before succumbing to a 1-0 loss to Hearts of Oak.

The defeat to Hearts generated alot of controversy. Dreams coach Karim Zito has been charged by GFA Disciplinary Committee after accusing the referees of being partial because of their association with President Kurt Okraku. He made those accusations after his team were denied an injury-time penalty against the Phobians.

Liberty and Dreams have met five times. Dreams have won two, lost one with one ending in a stalemate.