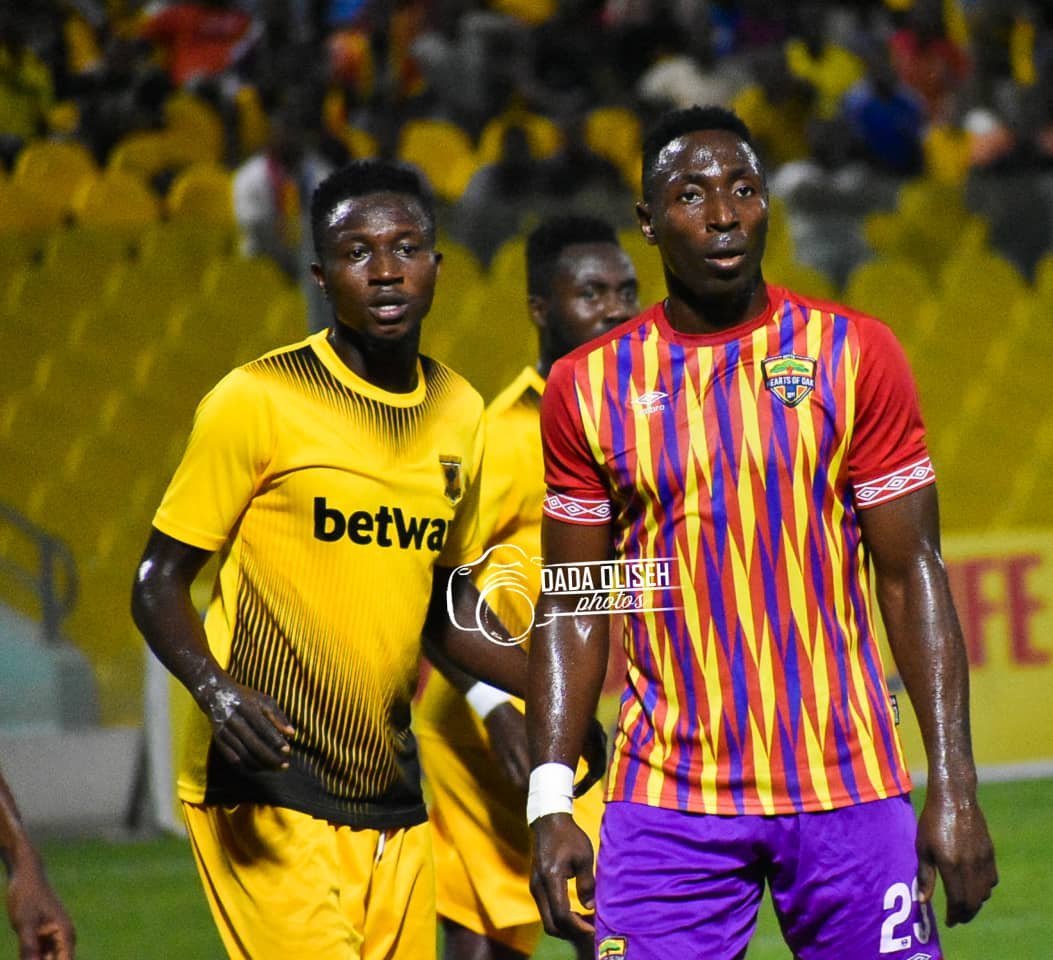 Hearts of Oak and AshantiGold SC played out an entertaining 0-0 draw at the Accra sports stadium on Thursday night in the premiership.

The Rainbow outfit even though had majority share of the scoring opportunities but none of them was converted into goals.

Edward Nii Odoom made only one change to the Hearts of Oak with Abdul Aziz Nurudeen getting his first start of the season in place of the suspended Benjamin Afutu.

Eric Esso also came on as a substitute in the second half to mark his debut for AshantiGold.
The hosts with great incursions in the early stages of the encounter but they failed to utilise any of the chances that came their way.

Hearts of Oak goalkeeper was Richard Attah forced to make a spectacular save to deny Benedict Damlen Wobenu in the visitors first attack of the night in the 36th minute.

The Phobians came close to opening the scoring in the 37th minute when Daniel Afriyie Barnieh missed a begging chance.

Goalkeeper Frank Boateng made an excellent save later on to prevent the home side from going ahead on the stroke of halftime.

One minute into the second half, Hearts of Oak came close again but Barnieh's effort from close range was collected by goalkeeper Boateng.

Appiah McCarthy's effort from the edge of the box saw goalie Attah deliver a good save to stop the guests few minutes later.

Hearts of Oak will trek to Dormaa Ahenkro to take on Aduana Stars on Sunday whereas AshantiGold SC host Liberty Professionals in Obuasi.