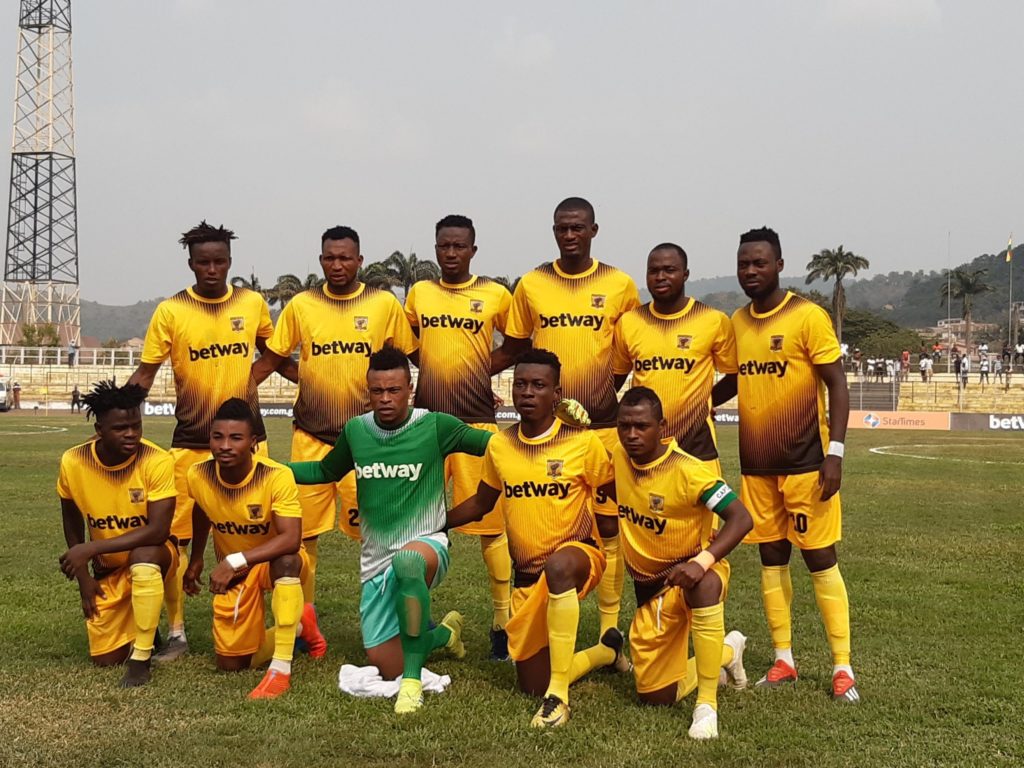 AshantiGold SC recorded a hard fought 1-0 victory over Liberty Professionals on Sunday at the Len Clay stadium as they climb up on the league ladder.

The hosts dominated the first half whereas the visitors took control of the second half coming close severally to get the equaliser but their efforts proved futile.

AshantiGold gaffer Kasim Gökyildiz altered his squad as brought in debutant Frank Akoto in place of Kwadwo Amoako at right back.

James Akaminko also returned from suspension to take his place in the starting lineup as David Abagna Sandan went to the bench.

The first scoring chance in the game fell AshantiGold's way in the 35th minute for Abdul Latif Anabila after a beautiful one-two with Appiah McCarthy but goalkeeper Kofi Baah was too quick to save the situation for the visitors.

The Miners broke the deadlock on the stroke of halftime through Appiah McCarthy's spot kick after the ball struck the hand of a Liberty defender inside the box.

Elvis Kyei Baffour came close to getting the equaliser but his free-kick effort in the 52nd minute hit the crossbar.

Liberty nearly pulled parity in the 72nd minute but Abraham Wayo with only the goalkeeper to beat missed the glorious opportunity.

The Scientific Soccer Lads dominated the second half of the encounter but failed to find the back of the net as they lose at away for the first time this season.

The Gold and Black outfit move to the second place levelled on points with leaders Asante Kotoko SC and third placed Berekum Chelsea.

AshantiGold will make a trip to Kumasi to take on Asante Kotoko next Sunday in the Ashanti derby.