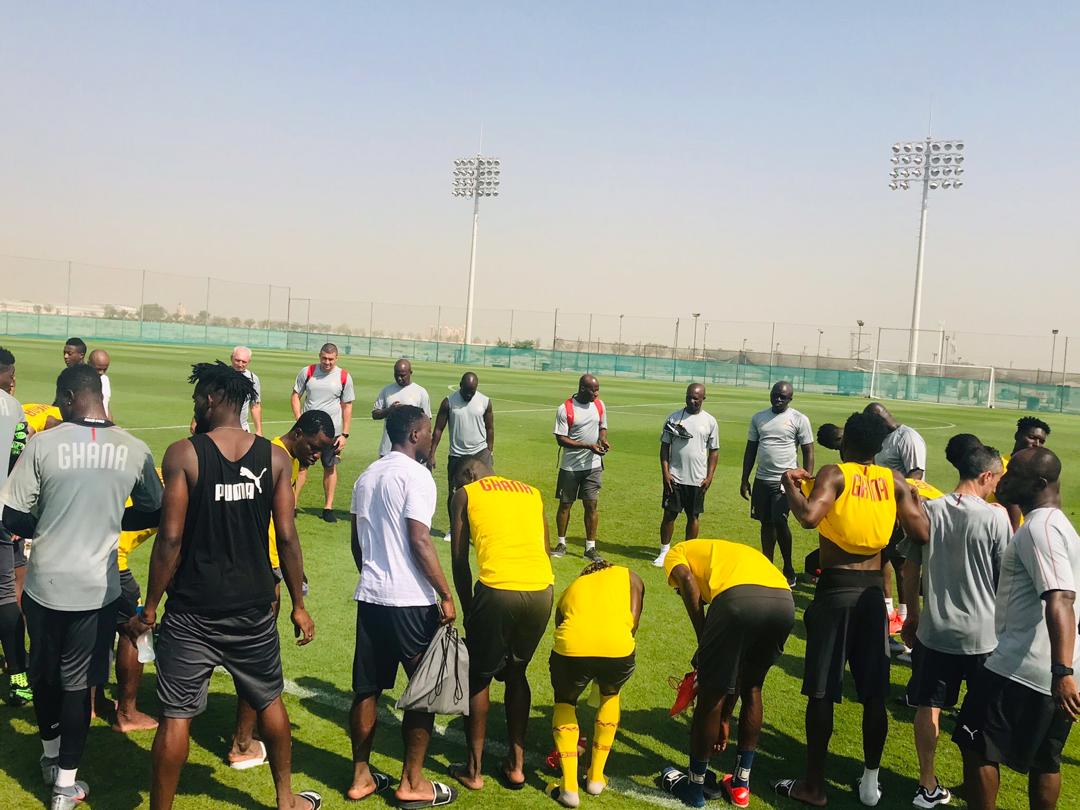 Ghana will parade their 2019 Africa Cup of Nations starting team for the international friendly against South Africa.

Coach Kwesi Appiah experimented with some of the players on the fringes as the team lost 1-0 to Namibia in a similar exercise at the weekend.

The Ghanaian gaffer is expected to parade his best players for the final friendly against the Bafana Bafana in Dubai.

Ghana have been handed an opening game at the 2019 Africa Cup of Nations tournament against Benin.

The Black Stars have also been paired with defending champions Cameroon and Guinea Bissau in Group F.

The top two teams from the group will automatically progress to the knockout stage, while the third-placed side will have to finish among the four best third-placed sides from all the groups to make the next round.

Ghana are four-time champions and last annexed the diadem in Libya 1982.