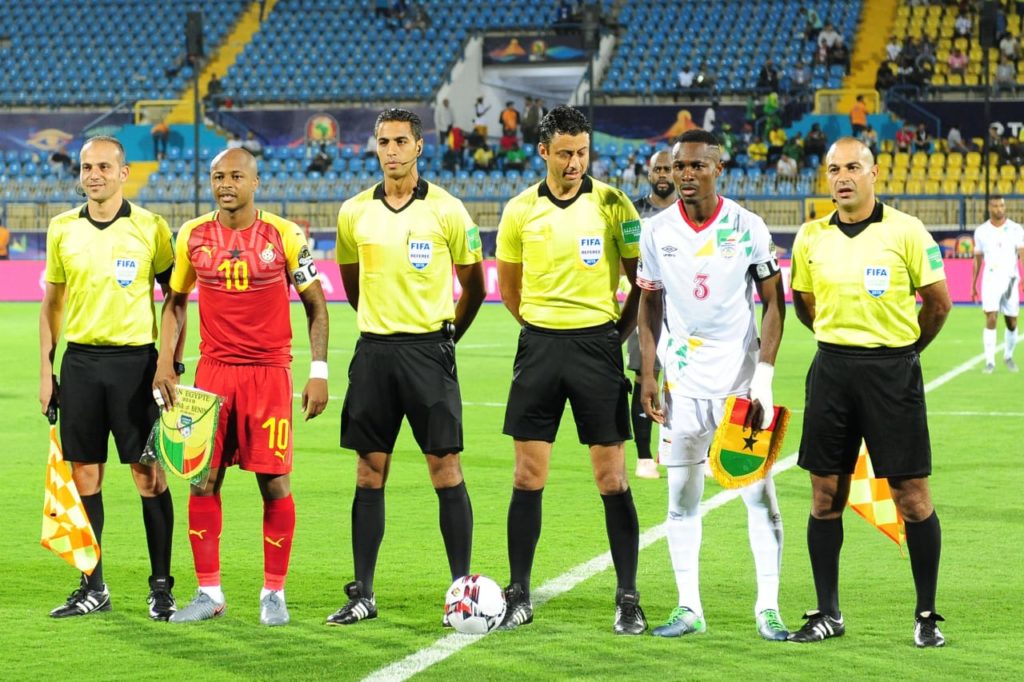 The Black Stars went down in the second minute, but levelled through captain Andre Ayew before Jordan Ayew doubled the lead before the lead.

But the four-time continental Ghana were reduced to ten men after John Boye was sent off for a second yellow card offence.

Mikael Pote then snatched the equalizer for the Squirrels in the 64th minute, diverting a low shot into the net after a short corner.

Appiah thought the result was a reflection of the proceedings, but felt the officiating could have been better.

''I think it was a really competitive game. Along the line some of my players lacked concentration- in the first half, most of the passes were accurate as we expected,'' Appiah said in the post match conference.

''But it's always difficult when you play with only ten men. In the second half because we had one man out so I believe that it's a fair result but I personally don't like criticizing referees but along the line I hope we get fair officiating in all the games.''