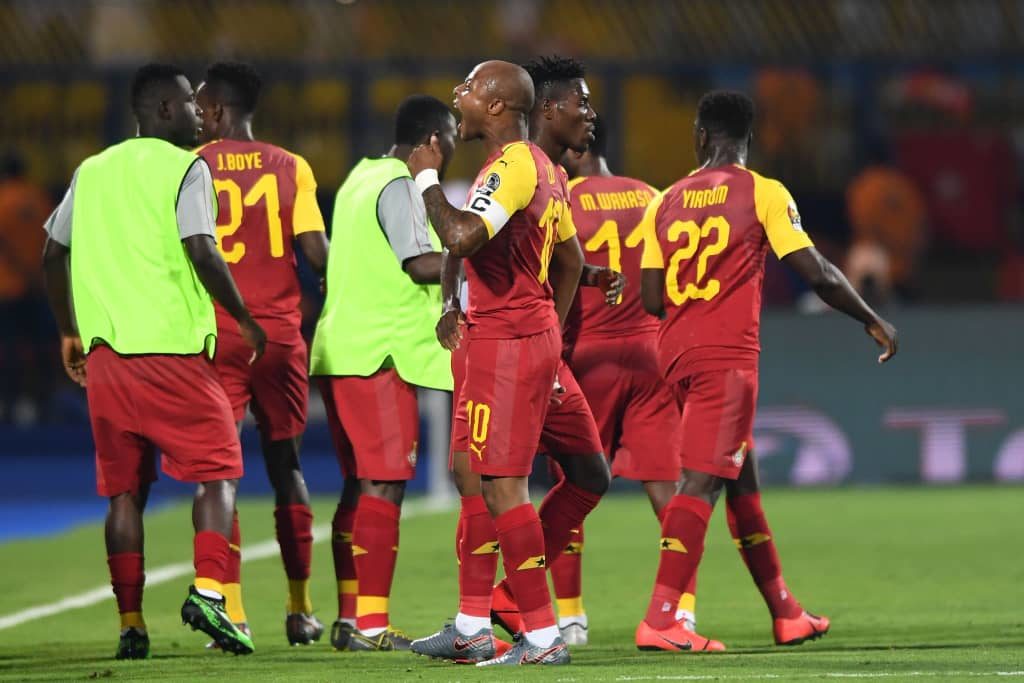 Ten-man Ghana were held to a 2-2 draw by Benin in their opening game of the 2019 Africa Cup of Nations in Ismailia on Tuesday.

Black Stars recovered from an early setback to lead 2-1 before Benin equalised after John Boye was sent off.

Kwesi Appiah's side were stunned in the opening minute as Cebio Soukou found Mickaël Poté who ran clear to slip a low finish beyond Richard Ofori.

But Andre Ayew levelled only minutes later and then, his younger brother Jordan Ayew found the second goal before halftime.

Nine minutes into the second half, John Boye was given his marching orders after picking a second yellow card for time wasting.

Eight minutes later, Poté netted his second of the game to make it 2 all for Benin.

Thomas Partey came close to scoring the winner for Ghana but his ferocious shot from a freekick drew a stunning save from Benin goalkeeper.

Ghana's next game is against Cameroon on Saturday.