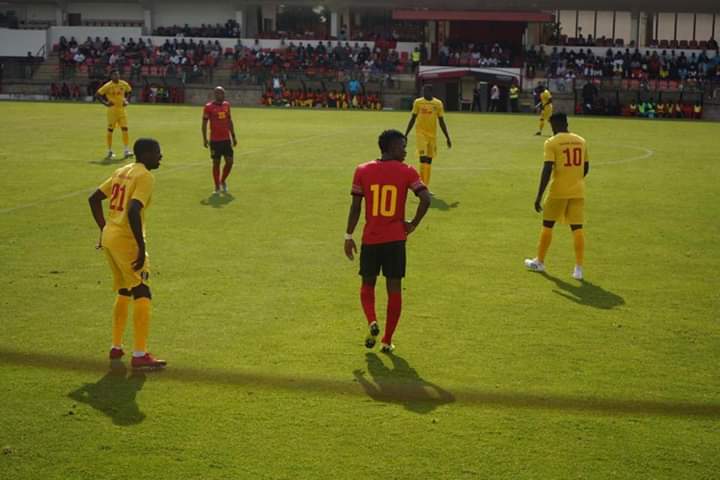 Ghana's Group opponents Guinea Bissau suffered a 2-0 defeat to Angola in a preparatory game in Penafiel, Portugal on Saturday.

Two second half goals from Evandro Brandao and Agostinho Cristovao Mabululu made sure the Palancas Negras claim the morale-boosting win.

Former Portugal U19 star Jorginho Intima and French-born Joseph Mendes were the preferred choice upfront with top marksman Frederic Mendy on the bench.

The first half was very balanced as the two coaches were cautious and trying new things in their respective teams.

Angola had an improved second half with the introduction of the 2018/2019 Girabola top scorer Mabululu and Eddie Afonso.

Evandro Brandao opened the scoring in the 72nd minute against the run of play before Mabululu added the second a minute later.

Guinea Bissau will play one more friendly before heading to Egypt for the tournament.

They open their campaign in Group F against Cameroon in Ismailia before facing Benin and Ghana subsequently.