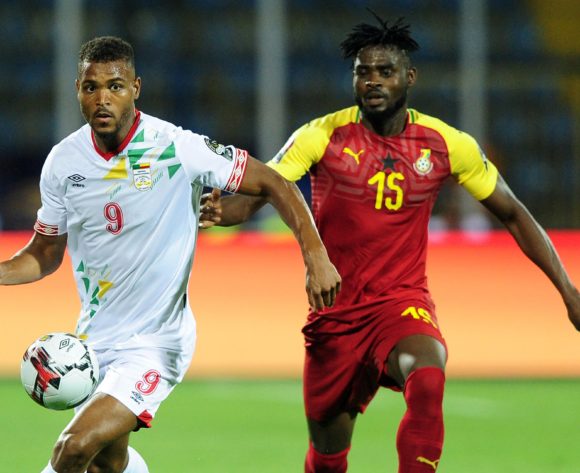 Steve Mounie of Benin is challenged by Nuhu Adams Kasim of Ghana during the 2019 Africa Cup of Nations Finals game between Ghana and Benin at Ismailia Stadium in Ismailia, Egypt on 25 June 2019 © Ryan Wilkisky/BackpagePix

Ghana coach Kwasi Appiah is set to alternate his squad when his team play against Guinea-Bissau on Tuesday in the final group game of the 2019 Africa Cup of Nations because of a suspension and injuries.

The Black Stars will need to win the game at all cost to enhance their chances of progressing out of the group.

But the side will be without key player Christian Atsu who picked up an injury and substituted in the game against Cameroon has been ruled out of the tournament.

Kassim Nuhu Adams will also miss due to suspension.

Ghana are without a win in thier last two games played after drawing against Benin and Cameroon.

Samuel Owusu is likely to make a start while John Boye who missed the second game against Cameroon due to suspension is expected to take the place of Kassim Nuhu.