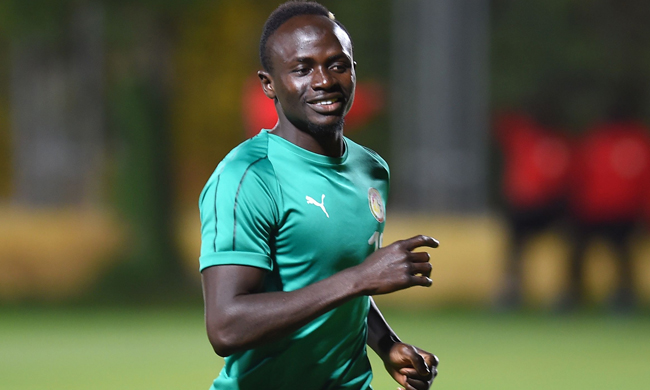 After missing Senegal's opening Africa Cup of Nations (CAN) match against Tanzania, forward Sadio Mane is expected to make his long-awaited first appearance of this year's tournament when they face Algeria in Group C on Thursday.

The 27-year-old, who is taking part in the event for the third time, sat out the Tanzania game through suspension for the accumulation of yellow cards during the qualifying competition.

Mane, scorer of 22 league goals for Liverpool last season, could find himself short of match rhythm, having played only one competitive game -- the Champions League final in Madrid on June 1 -- since the English Premier League season ended on May 12.

He told France Football magazine this week that he would happily trade the Champions League medal he won with Liverpool for a first-ever African title for his country.

"It's up to us to achieve something big," he said. "Of course we are among the favourites, we will not hide it.

"To win for my country, which has never won a CAN, would be magnificent. I am even ready to trade a Champions League against a CAN. The return to Dakar would be extraordinary. It would be my craziest dream."

Mane, who has scored 16 goals in 60 appearances for Senegal, has never really shone at the tournament.

He played two matches in 2015 when his side went out in the first round and, two years ago in Gabon, scored two goals but could not prevent a quarter-final elimination against Cameroon, missing the decisive penalty in the shootout.