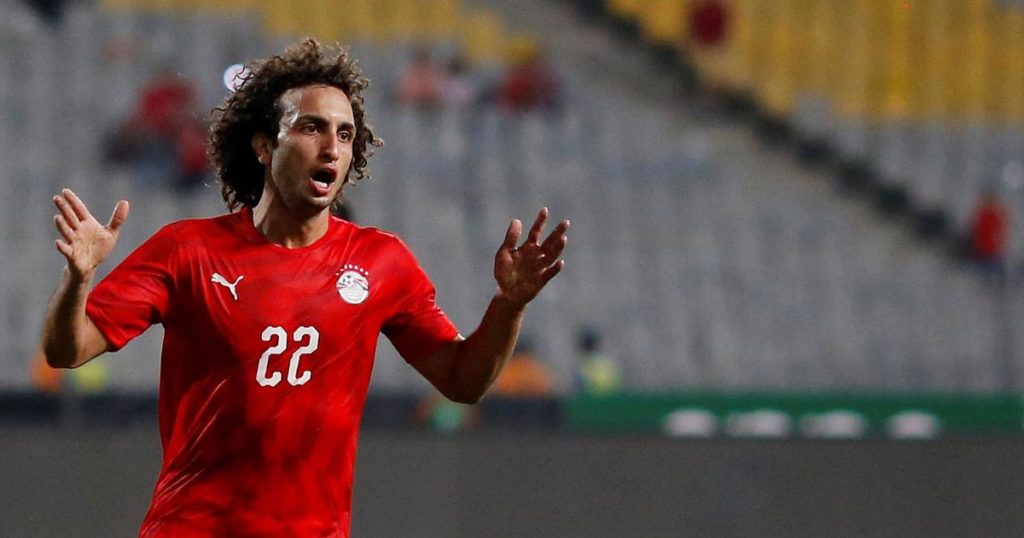 Amr Wada has returned to the Egypt squad after interventions from some senior players in the squad such as Mohammed Salah and captain Ahmed Elmohamady.

The 24-year old was sent home on Wednesday for disciplinary reasons after a British-Egyptian model shared screenshots showing a series of inappropriate messages apparently sent by Warda via Whatsapp and Instagram.

Warda in a post on Thursday apologized to his team mates, family and the Egyptian Football Association on the misconduct.

According to reports, Salah’s influences was instrumental leading to the recall of Amr Wada back to the team.

Earlier in April, the Liverpool star stated through Times Magazine that he hoped to help change attitudes of men in his country and across the Muslim world to “treat women with more respect”, the forward tweeted his support for Warda following the win over DRC.

“Women must be treated with the utmost respect. ‘No’ means ‘no’. Those things are and must remain sacred,” wrote Salah before adding: “I also believe that many who make mistakes can change for the better and shouldn’t be sent straight to the guillotine, which is the easiest way out. We need to believe in second chances... we need to guide and educate. Shunning is not the answer.”