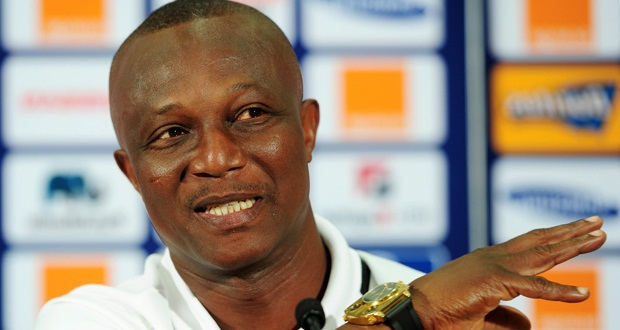 Black Stars coach Kwesi Appiah has expressed his delight over the competition in his team ahead of the forthcoming Africa Cup of Nations in Egypt.

He explained that the new players in the Black Stars who are camping in Abu Dhabi ahead of the 2019 Africa Cup of Nations have given him much headache in his quest to settle on his final squad for the tournament because most of them have justified their inclusion.

"The training has been going on well. We have been having a lot of gym works, we have been to the beach and we are doing intensive training. Especially this being the first week that is when you can do all,” Appiah added.

Kwesi Appiah added that training in Abu Dhabi has been successful thus far.

“In the actual fact every facility we need is being provided, our camping place and equipment for training, the training grounds and everything have been provided. It has been so good and there is nothing to complain about, he added.

Some of the new players in Kwesi Appiah’s team with a maximum of three caps or yet to make an appearance for Ghana are Caleb Ekuban, Kwabena Owusu, Joseph Aidoo, Samuel Owusu, Abdul Fatawu, Mohammed Alhassan, Felix Annan.