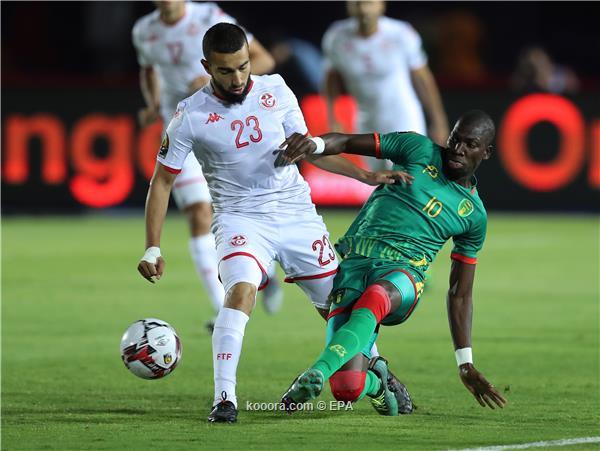 Tunisian striker Naeem Saliti says they have to correct things quickly before they face Ghana in the Round of 16 tie in the ongoing Africa Cup of  Nations on July 8.

Tunisia are without a win in the ongoing competition as they drew all their three group matches.

The Carthage Eagles picked second spot to progress to the Round of 16 stage.

According to Saliti the Afcon tournament has been competitive and they need to up thier game before they face Ghana.

“The current African Nations Cup is tough and all the teams are close, but we are able to correct things quickly from the next game against Ghana," said Tunisia striker Naeem Saliti .

He also apologized to the Tunisian fans for the poor results during the group stages.

"fighting games in order to win only, and we apologize to the Tunisian fans for disappointing appearing disappointing over the last three games, but we Taahidna all to improve performance and reach the farthest place in the tournament."

"We are now in the group stage and now we only think about Ghana's next game of winning and reaching the quarter-finals of the tournament.", he added.

The game comes off at the Ismailia Sports Stadium on Monday